Get the asbestos out 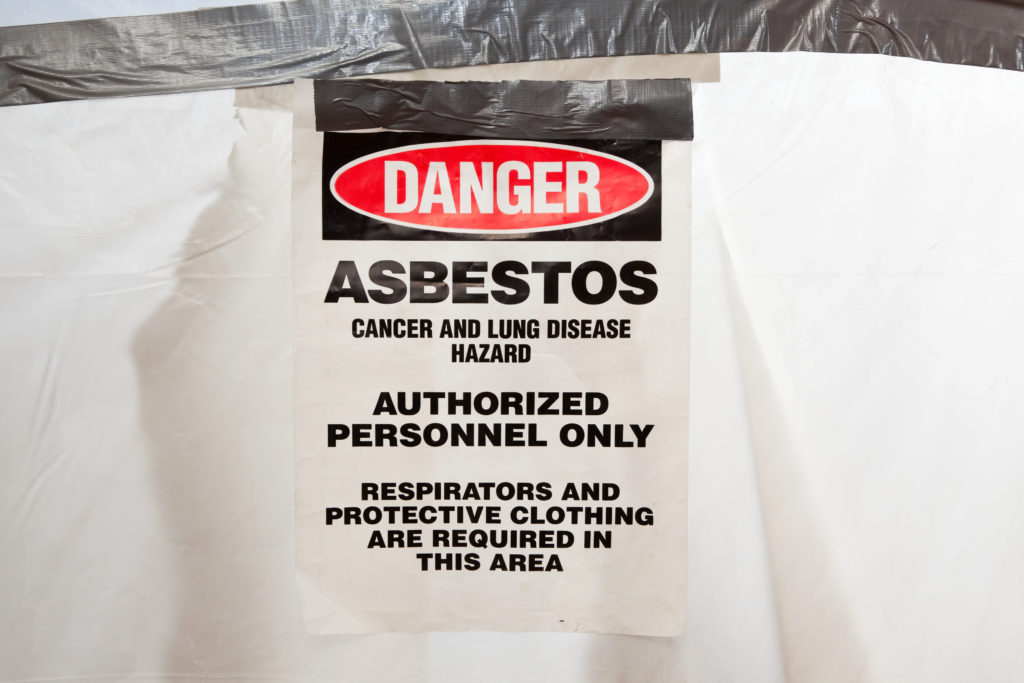 Years of lobbying have paid off as asbestos was officially banned in Canada just before the end of 2018. Jobbers and distributors that haven’t removed products with the harmful substance off their shelves are carrying dead weight.

While some exceptions apply to certain industries, the aftermarket will feel the effects of this new legislation.

In automotive circles, asbestos is most commonly found in brake pads. Public pressure and education on the hazards of asbestos had pushed many manufacturers to reduce and eventually outright eliminate asbestos from its products about 20 years ago, but it could still be found in cheaper brands.

The substance becomes dangerous when disturbed as its fibres can become airborne and inhaled, causing many health concerns. A technician changing brake pads could easily be at risk.

Asbestos is a naturally occurring mineral substance that can be pulled into a fluffy consistency. Asbestos fibres – made up of six minerals that share similar properties – are soft and flexible yet resistant to heat, electricity and chemical corrosion. Pure asbestos is an effective insulator, and it can also be mixed into cloth, paper, cement, plastic and other materials to make them stronger.

Under the prohibition, anything containing asbestos installed on a vehicle up to Dec. 30, 2018, is legal and can remain. Not so after that date.

“At the end of the day, exposure to products that contain asbestos is a health risk to technicians,” said Jean-Francois Champagne, president of the Automotive Industries Association of Canada. “So it makes total sense for us to support the regulations and the ban of asbestos.”

It’s welcome news for groups like the Mesothelioma Cancer Alliance in Connecticut, which provides support for asbestos cancer patients and caregivers. Mesothelioma is a type of cancer caused by exposure to asbestos.

“At the end of the day, exposure to products that contain asbestos is a health risk to technicians.”

“Medical science has proven asbestos to be dangerous for many decades but its practical uses have often and unfortunately outweighed those known dangers,” said Emily Walsh, the group’s director of community outreach.

Rick Jamieson, Guelph, Ont.-based president of ABS Friction – a brake pad manufacturer that has never used asbestos – noted that a lot of people mistakenly assumed the product was already banned.

“It’s long overdue and it’s quite remarkable how long, politically, it took to make it happen,” he said, adding that, as a major exporter of asbestos, there was little appetite from Canadian politicians to essentially kill an industry. “It’s a lot like smoking. People deny the real effects of it until the evidence is overwhelming.” 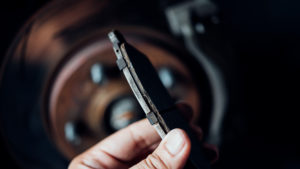 Any asbestos-containing product on a shelf is now useless. A jobber can’t sell it and a service and repair shop can’t install it either. Stores are not required to dispose of it either, but having unusable items taking up valuable shelf space is less than ideal.

Disposal will depend on where you are, though rules are generally similar. In Ontario, asbestos waste must be transported by an approved and trained waste hauler to an approved disposal site. In British Columbia, transporting more than 5 kg of waste asbestos requires a licence. Jobbers should refer to their provincial regulations.

Impact on the aftermarket remains to be seen. According to the federal government, asbestos-containing products made up just 1 per cent of the market, about $17 million – still a sizeable dollar value. The government estimated that 330,000 brake pads with asbestos were imported into Canada annually from 2013-2016.

Another positive is the ban may help knock counterfeit products off the market.

“People might have sold it as a premium product because they weren’t disclosing that it contained this super ingredient called asbestos,” Jamieson said.

“People might have sold it as a premium product because they weren’t disclosing that it contained this super ingredient called asbestos.”

The substance was also costing companies money in court battles. In 2017, NAPA Auto Parts in the U.S. and its parent company Genuine Parts Corp. were found liable in the death of Jerry “Doy” Coogan. A jury awarded his family $81.5 million following his death from complications of mesothelioma. In the lawsuit, the family said Coogan loved restoring hot rod and classic cars. His hobby led him to often purchase asbestos-containing parts from NAPA stores.

There’s also the burden on the healthcare system to consider.

“It’s not fair. Someone’s bringing in cheap product and laying the cost on the taxpayer, essentially, so I think it’s wrong in every way,” Jamieson said. “They’re not paying the ultimate cost of it, which is the health of mechanics.”

Safety is at the top of everyone’s mind.

“From the perspective of the members we spoke to, they’ve been telling us that they have been very pro-active. They recognize the health risk of using asbestos-containing products. And they’ve changed their approach of building products that are asbestos-free,” Champagne said.

“Although historic uses will present possible danger in the future, current measures to eliminate new asbestos use will save the lives of younger generations.”

Asbestos-related diseases can take 20-50 years to form. That means complaints should be expected for many decades ahead.

“Although historic uses will present possible danger in the future, current measures to eliminate new asbestos use will save the lives of younger generations,” Walsh said. “A complete ban on continued asbestos use in a well informed modern day is a responsible and mindful action.”

Asbestos is made up of microscopic fibres that, when disturbed, can become airborne and inhaled. Because of its shape, particles cling to lung tissues and other areas of the respiratory system.

These tiny fibres can cause inflammation over time, causing a number of health problems, the three biggest of which are:

Mesothelioma is typically diagnosed around the age of 74 on average because the disease has poor prognosis. It can take between 20-50 years to show symptoms of mesothelioma. Once diagnosed, people tend to die 12-21 months later – about 2,500 people die in the U.S. every year from mesothelioma. It is estimated that 20 million people have the chance to be exposed in their lifetime.

Canada is the 66th country to ban asbestos. The alliance wants to see similar measures everywhere.

“As more nations begin to recognize the importance of this concern, others will follow,” Walsh said. “We hope this slow game of dominos results in a healthier future for communities across borders.”

Businesses have had some time to prepare for the ban. The government said it would announce the prohibition two years ago. By now, jobbers shouldn’t be asleep at the wheel and in possession of asbestos-containing products.

“If this is the first time you’re reading about this, please make a pro-active effort to ensure that we have an asbestos-free industry,” Champagne said.


4 Comments » for Get the asbestos out