One of our frequent Eye Spy contributors is Doug Gritner, owner of Doug’s Repair. He’s got a great little business in Alexis Creek, B.C. but, unfortunately, he often finds himself “fixing junk.”

And sometimes his customers take a stab at repairing the vehicle first.  Ya… that’s always interesting! 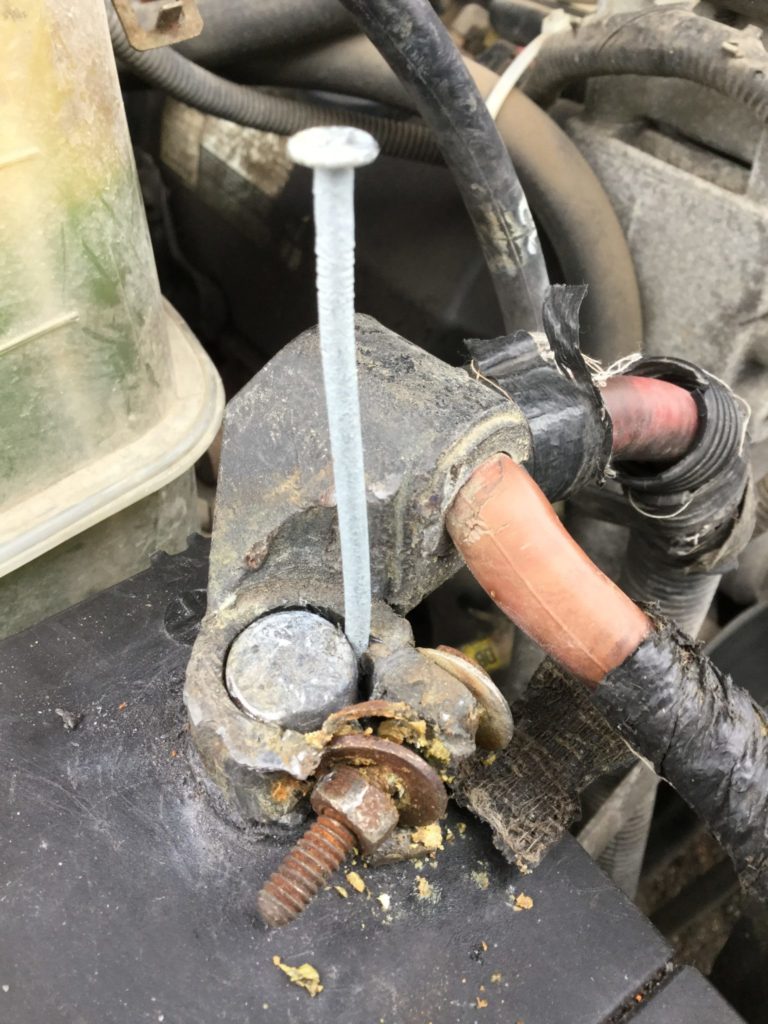 This 1997 F350 was in for two new batteries and all new connections. The connection issue must have been a big irritant to the vehicle owner – a carpenter – who solved the problem temporarily by driving a nail into the top of the battery to make the contact tighter.

“The hood could still close, but it was a pretty tight fit,” says Doug. “The nail had been driven right into a cell on the battery.” 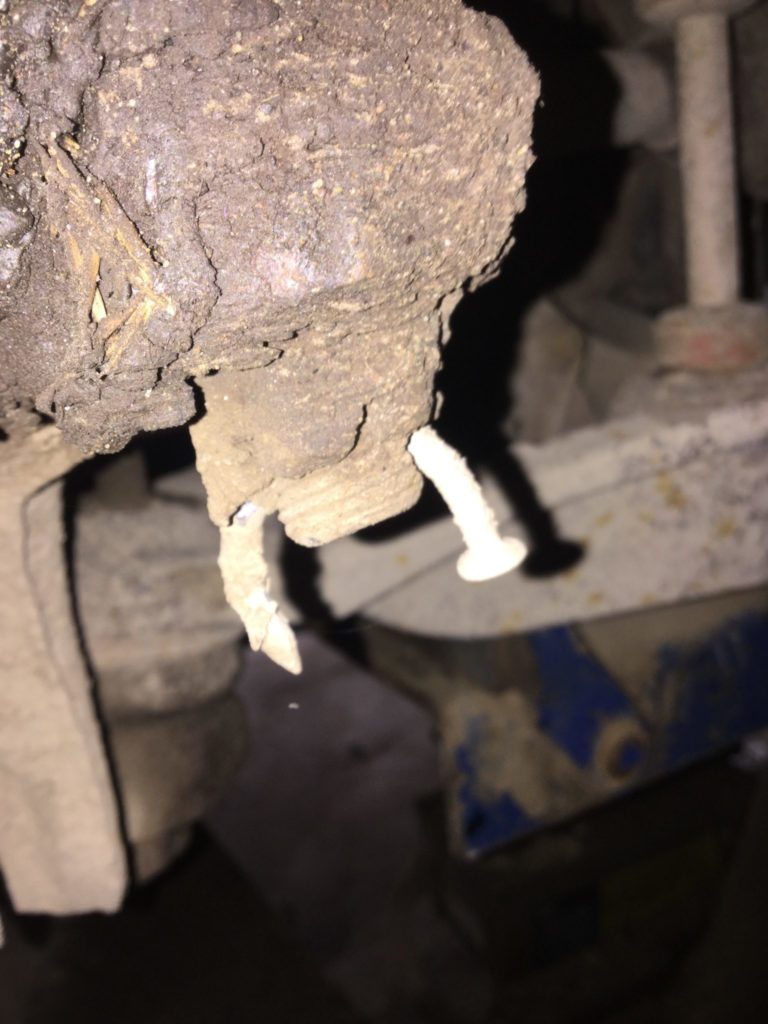 Here’s another nail doing yeoman’s duty on a 1997 Ford F150. It was holding a tie rod in place for almost a year, until the owner brought it in and Doug got a chance to fix it properly.

“I told you I see some real doozies!” he says. 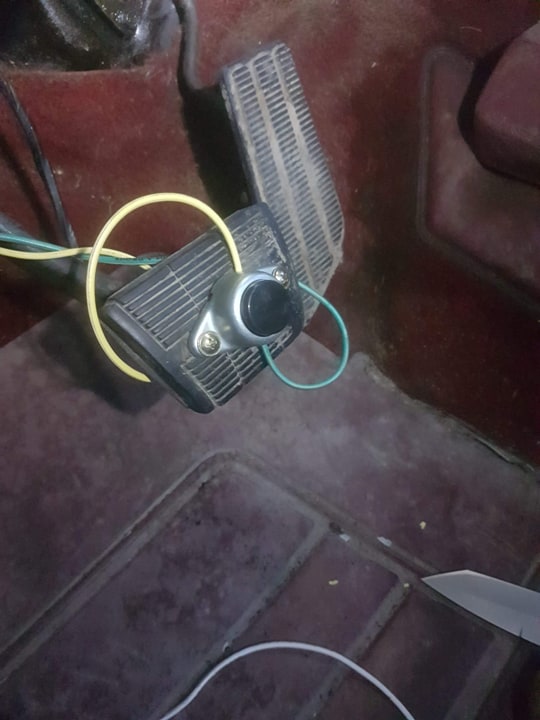 This 1989 Chevy truck came in for a blown exhaust gasket. “When I opened the door I couldn’t believe my eyes! I questioned the customer when they came to pick it up, and he laughed and said that was to operate the brake lights on his camper when it was being hauled.”

Want to add your findings to the EyeSpy collection?  Send a high-res picture and lots of explanation to allan@newcom.ca.