The aftermarket has abandoned firm price lists. With online sales growing, that decision is proving to be problematic to say the least.

I’m old enough to remember the days of the printed price list.

The industry was profitable at all levels and manufacturers had guidelines to encourage business practice that would protect the market.

Responsible manufacturers would actually help determine the ideal price for their products, passing that information on to their customers.

* a WD price list for the distribution centers stocking the product;

* a jobber price list, suggesting what that WD should charge the local jobber store;

* a dealer price list, dictating what price the jobber should give to their wholesale customers; and

* a list price, which indicated what the service provider should charge the consumer for the part. Essentially, the list price would be what a DIY paid at the local jobber. The list price became synonymous with the most anyone would ever pay for that part.

And this system worked quite well. Everywhere you went, you paid roughly the same price.

But as time went on jobbers with multi-locations or larger volumes started asking for better deals. “Why should I pay the same jobber list price as a store that does a tenth of my volume?” they would say. And service chains weren’t happy either. They said, “Why should my five-location service chain pay the same dealer price as a mom-and-pop shop?”

These were seen as valid concerns, so the industry came up with an answer: new price lists were created for large-volume buyers. Some jobbers negotiated access to a “confidential” jobber price that was a step closer to the WD price. Large service providers started quietly paying the jobber price.

And life was good… for a while.

The problem was that the industry just couldn’t hold the line. More and more buyers wanted a special price, until the traditional price lists became meaningless. 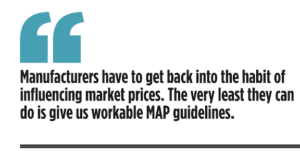 You started to hear that someone was getting “Jobber Less 5” which meant they paid 5% less than the stated jobber price. Or “Jobber Less 10.” Aggressive ASPs were given jobber pricing. And the dealer price essentially disappeared. No one was paying that much. Instead, everyone had moved to a different category, buying at better rates than they used to.

Eventually, manufacturers simply stopped recommending price structures because they were not being followed. They started to produce only a “reference” price. The market was advised to calculate their discounts and figure out what markup they needed to operate a profitable business.

And you could say that this watered-down system worked well enough for a while too. But there’s an elephant in the room, and for some reason no one is talking about it.

Online shopping is a huge disruptor, changing the landscape quickly, and it’s here to stay.

Manufacturers and large distributors are volume driven. They’ve enjoyed the sales boost that online retailers like Rock auto and Amazon have brought them. What they’ve been slow to realize is that they have essentially brought back the list price… and it’s lower than they think!

Anyone with a cell phone can check the online price for any part they want. The online price has become the new reference point for the end-consumer. It is the new list price. And it’s the most anyone wants to pay.

Some manufacturers appear cognizant of the big picture, and have taken action to protect the market. Others have ignored the fact that there are millions of dollars in inventory that is now in jeopardy.

Is there a solution to this market crisis? I think so. It’s called “Minimum Advertised Price” or “MAP.” Essentially, the manufacturers have to get back into the habit of influencing market prices. If they don’t want to do it as overtly as they used to in the days of price lists, the very least they can do is give us workable MAP guidelines.

A minimum advertised price lets everyone in the supply chain know the threshold of profitability. Advertise a price below the MAP and you’re going rogue. You’re throwing everyone else under the bus.

MAP takes into account the physical cost of the good and the four steps it takes from factory to vehicle (manufacturer to WD-jobber to service provider to consumer).

MAP is a form of retail pricing plan (RPP) which attempts to restore order to a market. IT requires a lot of study and incredible self-control to develop an effective RPP. We in the aftermarket were too quick to abandon the structure and profitability of an RPP in our pursuit of volume sales. Today’s business world focuses on quarterly profits. Long-term thinking gets sidelined as companies chase immediate sales.

Manufacturers would be doing themselves a favour advocating a return to an RPP that will preserve margins and save the entire supply chain. Part makers can either step in to solve the pricing chaos, or wait until the situation degenerates even further, and face even larger issues down the road.

The performance and accessories market is ahead of us when it comes to MAP and RPP strategies. They have long emphasized the importance of not selling their brands below a certain threshold. Jobbers and service shops in that industry are free to sell for as much as they think they can get, but they are discouraged from stooping below the stated price threshold in pursuit of volume sales.

In the performance and accessories world, they also recognize that selling a part to an end-user for the same cost paid by a wholesale account is short-sighted and counterintuitive. It is a lesson we would do well to learn ourselves.

Brick and mortar stores are facing increased threat from online sellers who have not invested millions in staff, trucks, inventory, and facilities. We’re competing with people who don’t even have to get dressed in the morning. They’re sitting at their computers, avoiding the challenge of overhead costs, and relying on Google ads as their only real marketing cost.

They can sell a product at a very low margin indeed. And with companies catering to their drop-ship needs, they don’t ever have to see the physical product. They’re just processing transactions, and they’re ruining the market in the process.

Our industry already battles distrust from consumers. Allowing them to find brand name products online for a fraction of what we’re asking them to pay leaves a terrible taste in their mouths. We come across as greedy, if not criminal.

They do not see the infrastructure we have built to make sure the right car parts can be delivered to right service shops at the very moment they’re needed. That’s no small feat, and one that online distributors can’t replicate yet.

If manufacturers held firm to a retail pricing plan that made sense, we would have a new list price – the most anyone would pay for the product – and that would be the online price. They should adopt a pricing policy and have strong commitment to policing it.

There are a handful of progressive manufacturers that are doing this, and I applaud them. 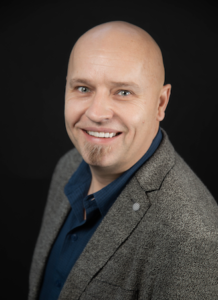 Zara Wishloff is vice president of sales and marketing for Automotive Parts Distributors (APD) with four warehouses in Alberta and Saskatchewan. You can reach him at zwishloff@apdparts.ca