"But I saw it on YouTube!” Some customers come in with preconceived notions that they learned from some amateur mechanic on the Internet 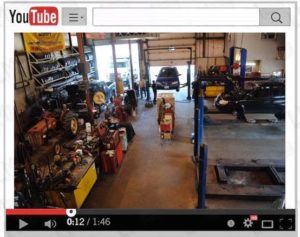 We all have those customers who come in with a good YouTube story. Whether they use YouTube for maintenance hints or repair tips, they think they know it all when they get to your front counter.

Sometimes you have to undo damage caused to their vehicle when they followed some video blogger’s bad advice. Other customers second-guess your work because “the guy on YouTube said it shouldn’t be like that.” The worst are the ones who say, “It only took the guy on YouTube 15 minutes to do it. Why are you quoting me 1.5 hours?”

These are my least favourite customers, and they can be some of the hardest to please.

It’s so hard to explain that the guy on YouTube might have been working on a different model, or didn’t have to deal with rusty bolts that broke off, or had already done a lot of prep work like removing some components so they could more easily make repairs.

Sometimes I think that these YouTubers create videos just to make professionals look like liars, trying to screw people out of their money. They definitely make our jobs harder.

I recently had a customer who had done his own YouTube research on alternators. He know how cheap it should be and how easy it was going to be to change. He was furious after I gave him his quote because it was much more than the YouTuber said it should be.

I watched the video. The customer didn’t mention that the YouTuber had installed a used alternator, sourced from a local wrecker. Not only that, but the old alternator had already been uninstalled and everything was out of the way, ready for the ‘new’ alternator to go in.

Another customer neglected to mention that he’d already attempted to do the work himself, following a bad video. He had isolated a broken part and assumed he’d found the source of his problems. Yup, except that piece didn’t have anything to do with the problem he was facing. In fact it was the part behind that broken piece that now had to be heated, cut out, and replaced because it had a freshly broken bolt.

But what can you say? Nothing. They’re already on high-alert for confrontation from you. It’s why I cringe whenever I hear the word “YouTube” at the counter.

I don’t want to discredit YouTube for what it does and what it is because, I will admit, I have used it from time to time. It is especially helpful when it comes to import vehicles – the ones I don’t see too many of in our little town of about 4,000 people.

But the difference between us and YouTube mechanics is that we’ve been properly trained to know what various engine parts are and what they do. We’ve had years of experience taking them out and putting them in. We know how to maneuver around other parts. We’ve learned little tricks to make us more productive.

There doesn’t seem to be a way to explain this to customers without making them immediately suspicious of our motives and intentions. The best – and easiest – solution is to do the work competently so they learn the lesson that a professional can outperform a YouTube amateur any day of the week.

Chelsey Hattum is a technician at OK Tire in Moosomin, Sask.