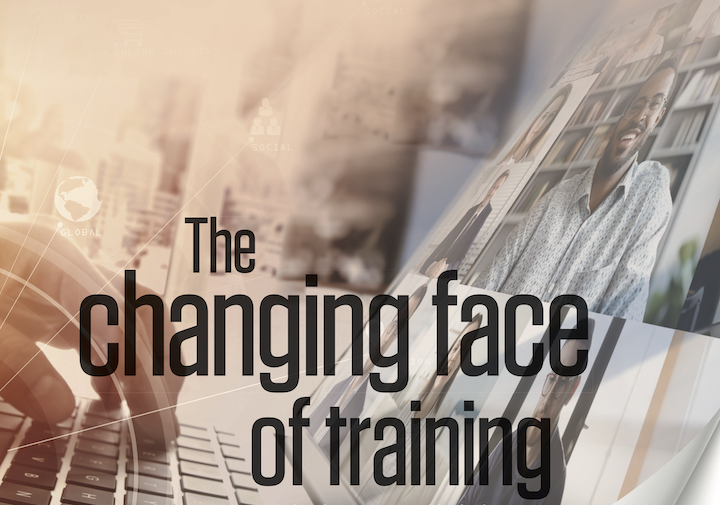 California-based technical trainer Mike Cleary was all set to come to Vancouver for a Powerstroke Diesel class in the last week of March.

The technical class had been scheduled for months, and a good turnout was expected. But around the middle of March, he started to wonder if it would happen.

People were starting to voice concerns about coronavirus. By the third week of March, there were some cancellations. Then his hosts started wondering if it was a good idea to proceed.

“I could see the handwriting on the wall,” he says. “There were still people saying, ‘Don’t worry about it. Everything will be fine.’ But I decided to err on the side of caution.”

Shortly after he cancelled the course, the Canada-U.S. border was shut down, and it’s still closed as of this writing.

Mark Lemay, owner of Auto Aide, a training operation based in Barrie, Ont., had a very similar experience.

“Around the second week of March I realized this coronavirus thing was going to be a big deal. We were keeping our eye on it,” he says. “In the third week of March, everyone starting cancelling. We usually run to the middle of June with training. This year it all dried up in March.”

Throughout North America, automotive trainers have had to adopt new strategies to keep their businesses running. As the pandemic lingers, they’re starting to wonder if these changes will be permanent ones.

“It’s not like we can just stop training,” says Mike Bailey, a partner at The Auto Prof, an Ontario-based training company that specializes in new technology. “Training is so important to the health of the industry.”

He says the pandemic comes just as a lot of service shops are coming to terms with their need to master advanced vehicle diagnostics.

“Technicians are hungry for higher level training and hands-on learning,” he says. “Those who are thinking about their futures in this industry have a vested interest in it. They want to do it. They like to do it. It’s part of their personality to pursue it.”

To keep the classes flowing, many trainers have resorted to webinars. In fact, it may be fair to say that many technicians have never received so many invitations to study complex subjects over live-streaming video.

“We’ve made the switch to webinars. We run one every other week or so. Sometimes once a week,” says Lemay. “If nothing else, it has shown us the way forward. As a company, we’ve been talking about getting into online training for seven or eight years. We just never did anything about it. Now there’s no question we’re going to go forward with it. I wish we’d done it sooner.”

He believes in the long run it could become the standard way to deliver training.

“It is certainly a better business model,” he says. “The travel time and costs are gone. There are no accommodation or meal costs. There’s greater convenience for busy people. There’s a lot to be said for it.”

Unfortunately, there are some downsides, including reduced interaction with students.

A scene from a train-the-trainer class at the North American Council of Automotive Teachers conference in Calgary last year.

“As an instructor, I don’t think it’s particularly effective. Unfortunately, it’s our only alternative right now,” says Cleary. “In a live session you can see if the students are catching on, you see when they’re confused, you work off their responses, you make adjustments on the fly. You just don’t have that in a webinar.”

The other problem, of course, is the lack of hands-on training.

“Technicians are tactile learners. They learn by doing,” says Bailey. “You can show them all the pictures you want and you can tell all kinds of anecdotes and stories, but you’ll get guys calling you a week or two weeks later asking for help on something that you thought you’d covered. But if you let them do the job themselves, even once, you don’t get those calls. Once they’ve had the tool in their hand and they’ve actually worked on the part, it that drives the lesson home.”

And for those who are not as committed to training, it is much easier to put off an Internet appointment.

“I think coronavirus may be a convenient excuse for some not to do training,” says Lemay. “If you get out of the habit of seeking training, you stop developing as a technician. And as technology advances, you’re actually going backward. We can’t just stop training.

Web training is nothing new for Craig Van Batenburg, owner of Massachusetts-based training company ACDC. Specializing in hybrid and electric vehicle, he realized years ago that he got the best results when students arrived with some of the fundamentals already in place. Rather than create DVDs that would quickly go out of date, he started recording webinars that would serve as a primer for new students. Before long, he had a comprehensive library of training that could be delivered on-demand through the Internet.

“I had everything in place for Covid, and didn’t even know it,” he says.

When he had to put live training on hold in March, he launched daily webinars to keep his growing roster of students busy.

“Life has to go on,” he says. “It’s all a matter of adapting to new types of training.”

Unfortunately, it doesn’t offer the same kind of dopamine fix as live training.

“Part of the satisfaction of teaching a hands-on class is being with people who are struggling with a concept, and you’re guiding them through it, and suddenly they get it. The light bulbs start turning on. They grab their pens and hurriedly start writing things down. That’s a rush. That doesn’t happen on a webinar. You can’t read their faces.”

He says you have to have tremendous confidence that what you’re doing is making sense when you have no feedback. In his webinars, he uses the same strategy of opening the floor to questions throughout the class, rather than just at the end.

In his webinars he regularly unmutes the participants and encourages a discussion.

“Sometimes that becomes the class,” he says.

No one can say when live training will be possible again. And when it does resume, it may be in smaller classes to observe strict social distancing protocols.

Nevertheless, trainers are counting down the days.

“I don’t know when that’ll happen but when it does, I anticipate people will have been cooped up for so long that the turnout for training will be pretty good,” says Cleary.

“When this is over, I think we’ll emerge as a better training company,” he says. “And I think the industry will be ready to come back to class.”