BY THE NUMBERS: What statistics are telling us this month

Statistics that put the North American automotive aftermarket into perspective 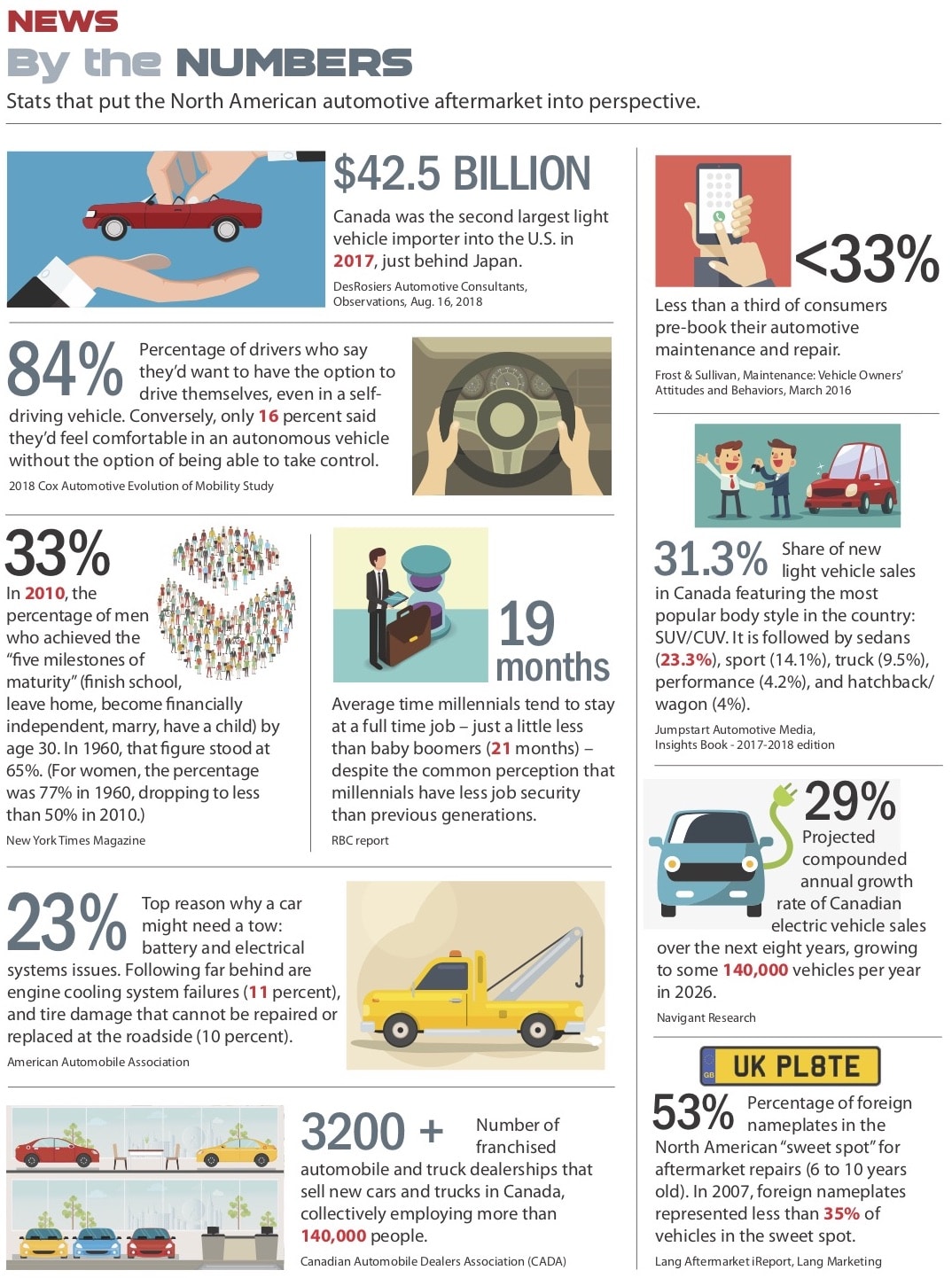 Canada was the second largest light vehicle importer into the U.S. in 2017, just behind Japan.

Less than a third of consumers pre-book their automotive maintenance and repair.

Percentage of drivers who say they’d want to have the option to drive themselves, even in a self-driving vehicle. Conversely, 16 percent said they would feel comfortable in an autonomous vehicle without the option of being able to take control.

Average time millennials tend to stay at a full time job – just a little less than baby boomers (21 months) – despite the common perception that millennials have less job security than previous generations.

Top reason why a car needs a tow: battery and electrical systems issues. Following far behind are engine cooling system failures (11 percent), and tire damage that cannot be repaired or replaced at the roadside (10 percent).

Projected compounded annual growth rate of Canadian electric vehicle sales over the next eight years, growing to some 140,000 vehicles per year in 2026.

Number of franchised automobile and truck dealerships that sell new cars and trucks in Canada, collectively employing more than 140,000 people.