Bumper to Bumper back with Riverside race 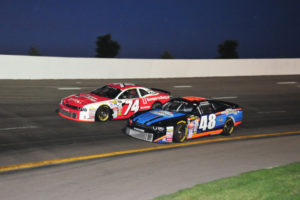 Bumper to Bumper has signed on with the Riverside International Speedway in a multi-year deal, which will see the auto parts store have its branding in the NASCAR Pinty’s Series race at the Nova Scotia race track this summer.

The Bumper to Bumper 300 is set for August 19 and is the only stop in Atlantic Canada for the series. The sponsorship includes the Bumper to Bumper name and logo on the race’s trophy, as well as name of the event’s grand marshal and honorary starter, according to a new release from the company. 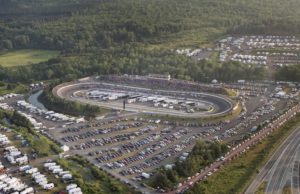 Paul McLean, general manager of Riverside International Speedway called Bumper to Bumper “a fantastic partner last year. We are eager to continue developing the brand of the event for and with Bumper to Bumper as we move forward into 2017 and beyond.”

Gary O’Connor, Uni-Select Canada’s president and chief operating officer also shared his excitement for the return of the event to Riverside. “It is with great enthusiasm that we look forward to associating ourselves with this important event by having the Bumper to Bumper 300 for the second consecutive year.”

He added that the auto parts store is sponsoring Kevin Lacroix in the No. 74 car.