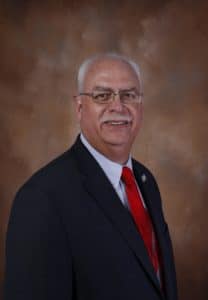 Jeff Fedorchak is hanging up his hat and retiring from Brake Parts Inc. at the end of September.

The company announced that Fedorchak, vice president of global operations, will officially say goodbye on Sept. 30. He has been with the company since 1994 when he joined as the manufacturing manager at the former McHenry, Ill. rotor and drum manufacturing plant. Three years later he was promoted to plant manager in the Cuba, Miss. stamping and disc pad manufacturing plant. In 2004, Fedorchak assumed the responsibilities of the director of friction manufacturing in McHenry.

He was promoted to his current position in 2013. Following the acquisition of Remy Power Products in 2016, the North American rotating electrical manufacturing operations were added to Fedorchak’s portfolio.

“Jeff has been instrumental in shaping BPI’s global operations footprint for over 20 years,” said David Overbeeke, president and CEO of Brake Parts Inc. “His manufacturing expertise and exceptional leadership allowed him to effectively manage BPI’s multiple plant operations across the globe and his extensive experience in implementing lean manufacturing techniques has provided us with a competitive advantage in the markets where we compete.”

Fedorchak came to BPI after 15 years in the roller bearing industry serving the automotive, commercial and military aircraft and industrial markets.

“Jeff’s hard work, commitment and dedication to BPI is much appreciated and will be felt for years to come,” said Overbeeke. “On behalf of all the employees at Brake Parts Inc, I would like to thank Jeff for his many contributions to our company and wish him all the best that retirement has to offer.”