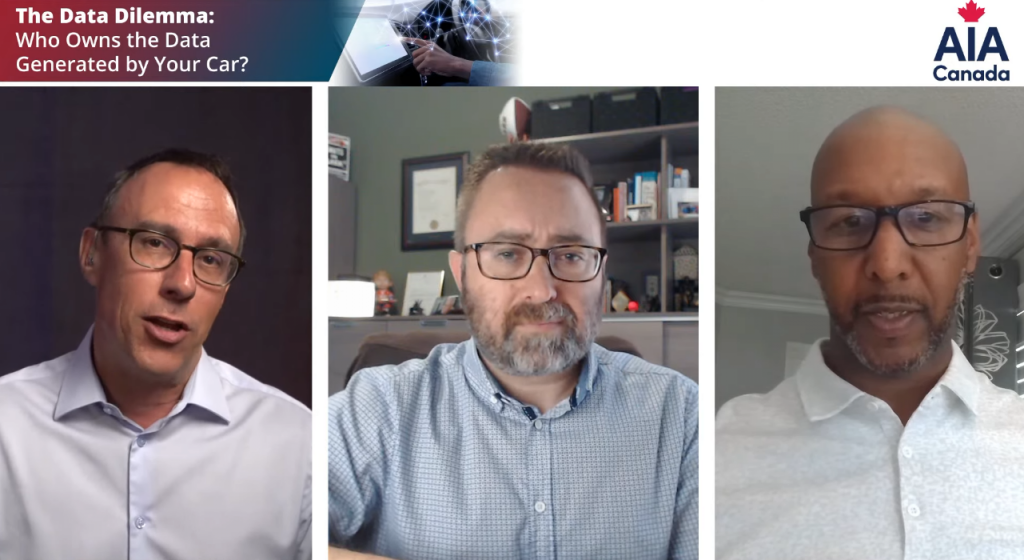 When asked who they think owns data generated by their vehicles, Canadians couldn’t agree on an answer.

About a third (34 per cent) said they own it; a few less (30 per cent) said vehicle manufacturers own it. One in five (21 per cent) had no idea. That’s all according to a new report from the Automotive Industries Association of Canada, Data Awareness, Ownership & Sharing: Vehicle Owner Attitudes Towards In-Car Data.

AIA Canada hosted a webinar to discuss the report, The Data Dilemma: Who Owns the Data Generated by Your Car?

“There’s quite a bit of confusion around who in fact owns the data with very, very little level of confidence around understanding what data is even produced,” observed Rick Nadeau, lead researcher at Quorus Consulting Group, which conducted the research, during the webinar.

However, Canadians are pretty clear about who they think should own the data: Three-quarters of vehicle owners said it should be them.

For James Channer, co-founder and chief operating officer of In Motion Brands, he wasn’t surprised by the findings.

“Consumers are very slow to act and really increase their level of awareness unless there is push of information and clarity,” he said during the webinar, which was moderated by AIA Canada president J.F. Champagne.

Unfortunately for the aftermarket, that push of information is coming from a different party.

“Today, OE manufacturers and the dealership network have done a better job than us in terms of getting their points and interests across,” Channer said. “That really speaks to why we all collectively, in the aftermarket, have to rally behind the AIA and industry collectively to help consumers better understand the data that’s in their vehicle and for them to take more ownership.”

In an “encouraging” sign for the aftermarket, Nadeau highlighted that 65 per cent of respondents want to better understand who controls the data the vehicle produces.

However, “I would actually draw some attention to that 35 per cent as well, who are not engaged and [wonder] what’s going on in their minds,” Nadeau pointed out. “Why aren’t they in fact concerned about who controls their data?”