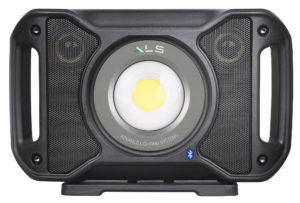 Advanced Lighting Systems announced that three of its newly released LED lighting products have become recipients of the iF Design Award.

The three light products to receive the award are the ALS AUD501H Audio Light, the Articulating Slim Light Series, and the UHL101R Underhood Light. The three LED lights were honoured because of various unique features.

The Articulating Slim Light ultra-thin design allows workers to inspect smaller areas it is a great light to see harder to reach places.

Lastly, the Underhood Light Series is a collection of lights for use in automotive repair, construction, industrial and many other applications. The light design provides 75 per cent more luminescence compared to traditional fluorescent lights.

“As one of the most prestigious product design competitions in the world, we’re thrilled to be recognized as a 2018 iF Design Award winner,” said Robert Christy, vice president of sales and marketing for JohnDow Industries. “All Advanced Lighting Systems lights have an IP65 or IP67 rating and undergo 30 quality and performance tests before entering the market,” according to ALS.

The awards were announced at the iF Design Award banquet at the BMW Welt in Munich, Germany.