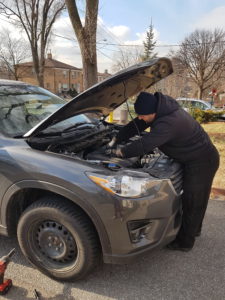 YourMechanic, a U.S.-based mobile car repair network, has raised US$10 million in funding to enter the Canadian market.

Royal Bank of Canada is among investors who have purchased Series B1 shares offered by the company to accelerate international expansion for its online service, which connects car owners with mobile mechanics.

YourMechanic provides more than 800 maintenance, diagnostic, and repair services in cities across the U.S. Since December it has been operating in Toronto, with plans to scale to other Canadian cities as consumer awareness and demand increases.

“YourMechanic is profoundly changing the process of auto maintenance and repair by bringing a higher level of convenience, efficiency, and transparency to car owners and auto technicians alike,” said, Anthony Rodio, president and CEO of YourMechanic. “We are addressing the top challenges faced by fleet managers by delivering flexible service packages, including mobility centered repair services delivered multiple fleet locations. With this funding, we’ll accelerate those services and expand into Canada, to reinforce our market leadership position worldwide.”

Founded in 2012 and headquartered in Mountain View, Calif., the company sees itself as an alternative to traditional brick-and-mortar repair shops, powered by an army of freelance technicians.

In an interview with CARS magazine, Rodio said YourMechanic has capitalized on some key differentiators. Most notably, it has developed powerful technology that enables everything from search-engine optimization, to capturing consumer interest, dispatching technicians, buying parts, and providing unprecedented transparency throughout every transaction.

“It’s not easy to get the right mechanic and the right part to someone’s house on a Tuesday at 10 a.m., let’s say, but we’re pretty good at it,” he said. “Our first challenge was figuring that out.” 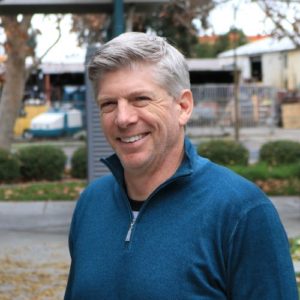 Another differentiator is the company’s increasing focus on fleet work. Although the company currently does only about 20% of its business with fleets, Rodio believes fleet work could constitute as much as 80% of its revenue within the next three to five years.

“Like most people in auto, we believe car ownership is changing, and there will be less individual car ownership and more ride-share, car-share and fractional type of ownership. We want to service any car, anywhere, any time, under any model,” he said. “We have found that having a platform of consumer work augmented by fleet work is key to having happy mechanics, and happy mechanics are key to happy customers.”

Above all, however, Rodio said YourMechanic finds its greatest advantage in maintaining a low overhead and controlling its pay-out costs.

“We have a tremendous, massive advantage over traditional brick-and-mortar businesses. The obvious reason is our cost-structure is less. We don’t have buildings, service advisors, or parts managers. We use technology for all of that. So we have less bodies, and less overhead.”

Despite a perceived labour shortage in the industry, he maintained that attracting technicians is not a problem. In fact, he said the company turns away nine out of 10 applicants.

“That’s not generally because of an inability to turn wrenches,” Rodio pointed out. “It’s because a lot of technicians don’t interface with customer very much. They’re in the back, and it’s the service advisor or shop owner that talks to the customers. Our mechanics are our brand, so they have to be able to interact with customers. There are soft skills that we look for. And they have to be very comfortable with technology because all the transactions are processed through our app. Those things are harder for us to find than people who simply know how to turn wrenches.”

He said YourMechanic can typically offer double what technicians are making at brick-and-mortar shops. The company advertises starting salaries of $40 to $50 an hour. Having said that, technicians are only on the clock when they’re actually working on the vehicle. They’re asked to be available to customers seven days a week, from 7 a.m. to 9 p.m.

“The good ones know how to work efficiently and to make more money on our platform. They have a lot more flexibility. They set their own work schedule and work area,” he said. “Everyonedreams of making more money than they do and being valued for what they do, so when they see an advertisement for a job where they can double their salary, that catches their eye.”

That was one of the things that caught the attention of George Marji, a Toronto-area technician who has been licensed for 15 years. He joined YourMechanic late last year as, one of the company’s first technicians in Canada.

He believes mobile work is the wave of the future.

“I definitely see this becoming more common,” he said. “It is the future of automotive repair. A lot of people don’t have the time to go to a shop and spend a few hours there. We’ll come to you while you continue to do what you have to do at home or the office. Our customers absolutely love it.”

He said business was slow in the early days – mostly due to the weather and the time of year – but things are really picking up. And he enjoys the flexibility of the job and his direct interaction with customers.

Marji said he has not found it difficult to work without major service equipment like lifts, compressors, and tire machines.

“I would say 90 to 95 per cent of repairs can be done on the ground,” he said. “Cordless tools have come such a long way that we don’t even need an air compressor anymore.”

When he needs to get under a car, he’s content to use a ramp or a floor jack. He handles all kinds of job, including major work like suspension work, chassis and front-end, and reprogramming. Much of the work, however, tends to be the staples such as brakes and oil changes.

YourMechanic charges the customer directly for menu-priced services. All labour times are industry standard, and an extensive database of work orders has fine-tuned the pricing structure.

“There are times when you are ‘in the wild,’ as I call it, where it takes longer to remove a bolt or something but our pricing model is very efficient. It’s a disruptive model where everyone wins,” said Rodio. “By and large we don’t get surprised because we have a million and a half vehicles in our platform and we do lots of services. We have a pretty good idea at this point what we’re going to find.”

Like most shops, YourMechanic knows the value of “found work.” Rodio says residential jobs tend to be more problem driven so there’s less opportunity to find needed additional work. Fleets are all about prevention, though, and fleet managers are much more open to correcting problems found during routine inspections.

Parts pricing is based directly on wholesalers prices. Parts are never sources from junkyards or auto-recyclers. And while consumers are welcome to supply their own parts, but that voids the company’s 12-month, 12,000-mile (whichever comes first) warranty.

An extensive FAQ section (frequently asked questions) on the company web site covers all the basics, including how to request quotes, book services, and how prices are set.


6 Comments » for YourMechanic brings its mobile repair services to Canada