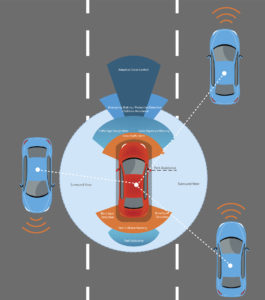 Having telematics insurance is having a seemingly big impact on the safety of drivers. And the most significant effect seems to be on the youngest of drivers in the United Kingdom.

A study from data and technology company LexisNexis Risk Solutions showed that the number of drivers aged 17-19 who have been killed or seriously injured in road traffic collisions has dropped by 35 per cent since 2011. For the driving population as a whole, that number has dropped 16 per cent.

About four in five young drivers are estimated to have a telematics policy with their insurance company. LexisNexis credits telematics for cutting road casualties, saying such a policy has done more to cut the risk of accidents than any other safety initiative that has been aimed at young drivers.

“The analysis is exciting because it provides evidence that telematics has had a real impact on the safety of young drivers and the potential it therefore offers to improve road safety standards for all motorists,” he said.

“It’s good to see that telematics are both giving young drivers access to insurance products designed to meet their needs and reducing the number of young drivers who become casualties,” said Tim Marlow, head of autonomous and connected vehicle research at Ageas UK, an insurance company. “Future developments of this technology offer the potential to reduce casualties amongst other age groups, making a welcome contribution to our stagnated casualty reduction targets.”