Volkswagen Canada has implemented a “stop sale order” on all vehicles affected by the recent US EPA Notice of Violation. 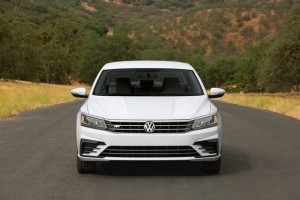 As a result, dealers will refrain from the sale and delivery of any new Golf, Golf Sportwagon, Jetta, Beetle and Passat model equipped with a 2.0 TDI (Diesel) engine until further notice. Also within the stop sale order are certified pre-owned vehicles from model year 2009 onwards, when equipped with the same engine.

Volkswagen Canada is working with representatives from Volkswagen of America, as well as its parent company in Germany to seek a resolution to the issues brought forth in the EPA notice.

Volkswagen is alleged to have violated express provisions of the U.S. Clean Air Act and EPA regulations by installing “defeat devices” and selling vehicles whose design was not covered by a valid certificate of conformity. Volkswagen could face civil penalties up to $18 billion U.S. as a result of these alleged violations. In addition, the EPA has stated that it expects to compel Volkswagen to recall the affected vehicles to remedy the noncompliance.

According to the EPA, however, when operated under normal road conditions, that software employs “defeat devices” that reduce the effectiveness of the emissions-control devices and result in emissions of nitrogen dioxide of 10 and 40 times the  permitted levels.  The action against Volkswagen arose after the International Council on Clean Transportation, an independent nonprofit organization, commissioned a study by West Virginia University after if noticed discrepancies in European testing data in 2014.