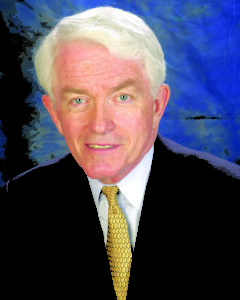 Tom Donohue, president and chief executive officer of the U.S. Chamber of Commerce.

Tearing up the North American Free Trade Agreement will mean job losses in Canada, Mexico and the United States, warned the head of the U.S. Chamber of Commerce.

Instead, said the group’s president and chief executive officer Tom Donohue, there are ways to improve the agreement, with the potential to give it added muscle to improve the continent’s competitiveness with the rest of the world. Donahue made the comments at an Economic Club of Canada gathering recently in Ottawa.

Before taking office, U.S. President Donald Trump threatened to kill NAFTA soon after inauguration and implement a 35 per cent tariff on vehicles built in Mexico. A Center for Automotive Research study said that upwards of 40,000 jobs could be lost if Trump follows through on those threats.

According to the Canadian Press, Donohue said the first priority on NAFTA is to “do no harm” to a trading relationship that is already strong and integrated.

“Let me say right up front that withdrawing from NAFTA would be devastating for the workers, businesses and economies of our three countries,” he said.