Trust varies around the world for autonomous cars 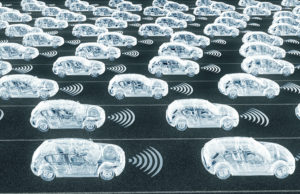 A recent study by INRIX Research has found that Americans trust technology giants like Apple and Google more than traditional carmakers when it comes to self-driving and connected vehicles.

The Connected & Autonomous Vehicle (AV) Consumer Survey was conducted internationally and found three key themes: concerns around data privacy, the importance of road and vehicle safety, and the level of trust and confidence in the connected car and autonomous vehicles market.

In the U.S., Silicon Valley is trusted slightly more than automakers, 27 per cent vs 23 per cent. Ridesharing companies, meanwhile, were a distant third at 4 per cent. But in Germany, almost three times as many surveyed there trust traditional carmakers over technology giants. Similarly, though, less than 4 per cent trust ridesharing companies.

This division will mean a heated race between the sides to win over customers.

“A new battleground is emerging between automakers, tech companies and ridesharing companies in the race to develop connected and autonomous vehicles,” explained Bob Pishue, senior economist at INRIX. “With hundreds of millions of connected cars expected to be on the roads within the next 15 years, the market share will be owned by companies that can educate drivers and gain consumer trust.”

The survey also found that 62 per cent of respondents believe autonomous vehicles will be on the road in the next decade.

When it comes to actually buying self-driving cars, 53 per cent of Baby Boomers in the U.S. won’t do so, even though three-quarters of those respondents and two-third of German respondents believe it will improve access for the elderly. Of those who currently own a connected car, half would buy an autonomous vehicle, while only 19 per cent of non-connected car owners would.

As for data ownership, Americans trust tech giants to safeguard their data. But more British drivers trust carmakers over the same Silicon Valley companies. Gen Xers and Millennials are most trustworthy of tech companies in the U.S., while half of Baby Boomers don’t trust anyone. In the U.K., 34 per cent of all respondents trust no one, while 29 per cent of American respondents feel the same.

In terms of road safety, 71 per cent of U.S. respondents expect autonomous vehicles to be as safe or safer than today’s cars. Blind spot monitoring was the most desired new car feature for all respondents.