Total Canada has ambitious plans for its Total Quartz auto repair concept: 50 locations by the end of 2020. 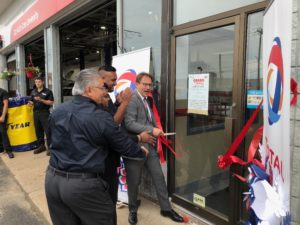 In the last week, Total Canada has tripled the number of Total Quartz Auto Shops in Canada.

In addition to the one in Quebec, there are now two in Waterloo, Ont.

The Total team was on-hand on Saturday for the ribbon cutting at Total Quartz Can Auto Care on University Street in Waterloo. The nine bay shop is owned by Ashani Missier, her husband Sajiv Kumarasamy, and Gary Williams, a franchising expert who will help them build the business into a multi-shop operation.

They already own the eight-bay Total Quartz Can Auto Care on nearby Westmount Road West (at Highland Road), and have plans to expand throughout Southern Ontario.

Along with highly trained staff and friendly service, Missier says their differentiation point will be cleanliness.

“These facilities will be very woman friendly,” she says. “I’ve been in too many repair shops where I wouldn’t even want to sit down!”

Kumarasamy has been in auto service business for 15 years, mostly at quick lube shops, but also some full-service shops. He says one of the big challenges will be staffing.

“It is extremely difficult to get technicians these days,” he admits, “but we have been working very closely with the Conestoga College to talk to their brightest students, and bring them in to the business. We’re developing our own talent.”

So far it’s working great. They are fully staffed with 16 employees, which includes two service advisors at each location, two licensed technicians, and four apprentices.

At the University Avenue location, there have three quick lube bays, an emissions bay, three mechanical bays, an alignment bay, and a heavy duty (diesel) bay.

“This is what people expect when they go for an oil change,” said Gregory Perez, Total Canada’s national key account manager, based in Montreal. “It’s clean, it’s efficient, and it’s friendly.”

“If the whole city shows up, I’ll change their oil!” said Kumarasamy.

Franck Bagouet, president of Total Canada, says that just as Ashani and Sajiv plan to expand their operation, Total has ambitious plans for its Total Quartz auto repair concept.

Bagouet said Total wants to be increasingly visible in the market.

“We’re relative newcomers to Canada,” he said. “We’ve only been operating here for 10 years, but we want to be more and more present. This is one example of how we’re doing that.” 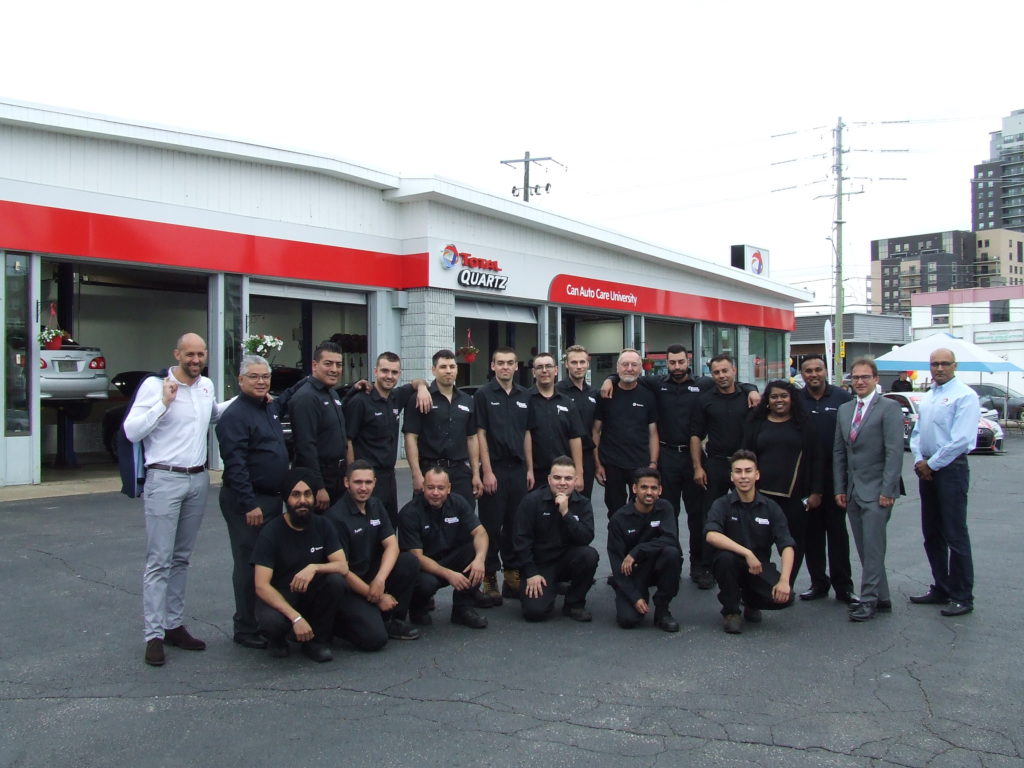