The young and the licenced

Millennials with driver’s licences want to keep driving despite the popularity of autonomous vehicles. However, younger generations don't feel the same way 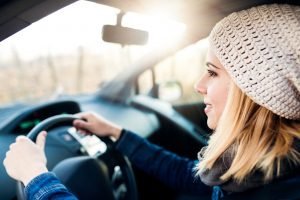 While one survey recently pointed to the senior demographic leading the charge for enhanced vehicle technology, the other end of the age spectrum is looking forward to the joys of driving unfettered from autonomous technology, according to another study.

It seems the demise of the car seems as though it was slightly exaggerated – at least for those who already have a driver’s licence.

According to Hagerty, which offers specialty insurance for classic vehicles, 81 per cent of millennial drivers said they like, love or are passionate about driving. Gen Xers came in at 78 per cent and Baby Boomers at 79 per cent. However, Millennials – those born between the early 1980s and late 1990s – believe a movement will be needed to preserve the driving experience when autonomous vehicles are dominant.

“Full autonomy is going to save lives, make commuting easier and unclog cities,” said McKeel Hagerty, CEO of Hagerty. “But these survey results also indicate that people, including millennials, are always going to want to drive themselves when they want to. It’s clear people don’t want to lose the joy, freedom and control that comes with having their hands on the wheel.”

On the appeal of driving, Hagerty found:

The survey found that more than 85 per cent of people will always want the option of driving a car themselves and 79 per cent of respondents aren’t willing to see driving disappear. They weren’t against autonomous driving as 66 per cent didn’t think automation has the ability to threaten the benefits of driving.

The survey, however, only asked drivers, rather than those who don’t drive or don’t have a licence. The company surveyed 1,000 drivers across different demographics this spring across the U.S.

Frost & Sullivan, on the other hand, sees a seismic shift coming behind the Millennial wave. Generation Z – those born in the mid-1990s to early 2000s – will transform mobility, its recent research has found. The number of licenced drivers aged between 17 and 20 has fallen by 40 per cent in the United Kingdom, for example, since the ‘90s, it said.

The research company acknowledged that the traditional mobility model has appealed to older generations – but the same attitudes won’t carry through to the youngest cohort.

Accounting for almost a quarter of the global population – 1.8 billion people – Gen Z is digitally native and their needs and desires for vehicles will be vastly different.

For example, interiors will matter more. Technology and the ability to personalize the vehicles will be important. Original equipment manufacturers will be placing greater emphasis on these points, Goulding added.

Another change will be the owning/driving dynamic. The fall in licenced drivers has been attributed to the cost of vehicles ownership and growing mobility alternatives like ride sharing, especially in cities – and that’s where change will happen the fastest.

“Many cities across the world are encouraging shared and public transport over private vehicle ownership, paving the way for a seamless and multi-modal mobility system,” Goulding said. “In the future, it is likely that Gen Z will be mode-agnostic, choosing whichever mode gets them from one place to another most efficiently, based on preferences such as time, cost, and environmental impact.”

For Hagerty, the company is hoping to have conversations about the continuance of human drivers and how people can drive themselves, should they desire.

“One of our goals will be to work with policymakers so that years or even decades from now when the bulk of cars are fully autonomous, the act of driving is protected,” Hagerty said. “We also want to facilitate the discussion about what driving looks like in the future – will driving someday be mostly a suburban activity? Will there be driving parks or experience centers? Will cars that drive themselves increase interest in the analog experience of driving yourself at times? We suspect so, but now’s the time to have those conversations.”