ACEN systems now account for 20% of all customer-reported problems at vehicle dealerships, according to the latest J.D. Power Vehicle Dependability Study. 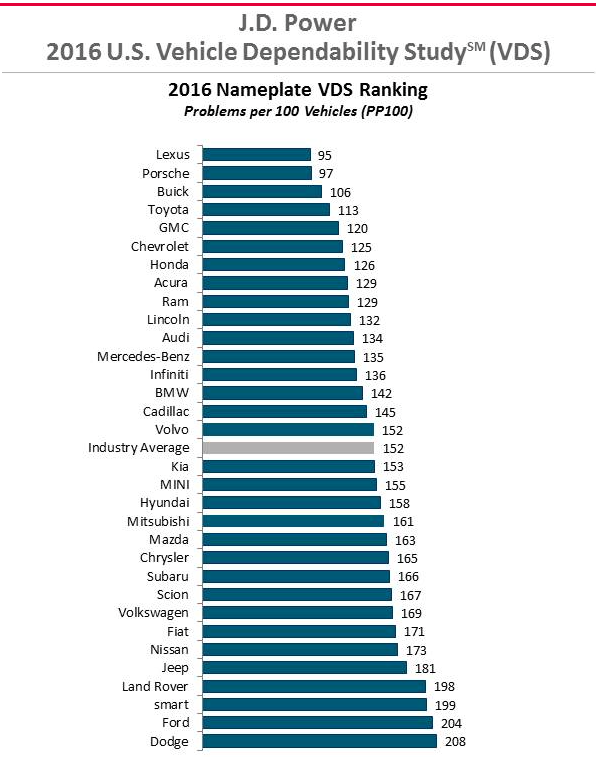 Problems with audio, communication, entertainment, and navigation (ACEN) systems now account for 20% of all customer-reported problems at vehicle dealerships, according to the latest J.D. Power Vehicle Dependability Study.

The study, based on responses from 33,560 original owners of 2013 model-year vehicles after three years of ownership, suggests ACEN issues are the cause of a 3% year-over-year decline in vehicle dependability.

“The increase in technology-related problems has two sources,” Renee Stephens, vice president of U.S. automotive at J.D. Power, noted. “Usability problems that customers reported during their first 90 days of ownership are still bothering them three years later in ever-higher numbers. At the same time, the penetration of these features has increased year over year.”

The problems most often reported by owners are Bluetooth pairing/connectivity and built-in voice recognition systems misinterpreting commands. Navigation system difficult to use and navigation system inaccurate are also among the 10 most frequently reported problems.

Stephens said more than 50% of owners cite expected reliability as one of the most influential reasons for choosing a specific make and model. At the same time, concerns about reliability have risen this year as a reason to avoid particular models.

“The decline in reliability coupled with a record number of vehicle recalls and safety-related complaints affect consumer confidence,” said Stephens. “Dependability has a direct impact on purchase decisions and brand loyalty.”

Lexus ranks highest in vehicle dependability among all nameplates for a fifth consecutive year, with a score of 95 problems per 100 vehicles.

Porsche (with a score of 97) follows Lexus in the rankings, moving up from fifth in 2015.

The overall industry average is 152 problems per 100 vehicles this year, compared with 147 last year.

Among owners who experienced a Bluetooth pairing/connectivity problem, 53% said the vehicle didn’t find/recognize their mobile phone/device.

Among owners who indicate having experienced a voice recognition problem, 67% say the problem was related to the system not recognizing/misinterpreting verbal commands.

Seven of the top 10 problems are design-related. Design-related problems account for 39% of problems reported in the study (60), a 2-percentage-point increase from 2015.

The 2016 U.S. Vehicle Dependability Study is based on responses from 33,560 original owners of 2013 model-year vehicles after three years of ownership. The study was fielded from October through December 2015.

The study is now in its 27th year.