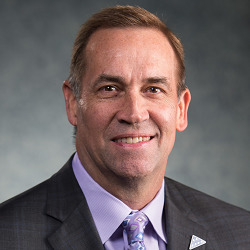 Genuine Parts Company has announced that Scott A. Sonnemaker has resigned from his position as group president, North American Automotive, to pursue other opportunities.

Sonnemaker joined the Company in this newly created role in February 2019.

Paul Donahue, chairman and chief executive officer of Atlanta, Georgia-based GPC, thanked Sonnemaker for his many contributions since joining the company and wished him well in his future endeavours.

“Scott’s role was created to advance the company’s global focus,” Donahue said, “and GPC has made significant progress in this area during his tenure. As a result, our talented and experienced management teams are well-positioned to build on this progress and maximize the future growth potential for our automotive business in North America.”