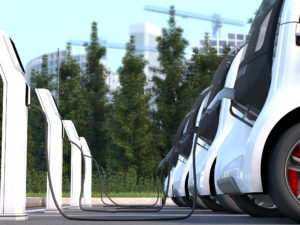 Ontario is offering to cover 80 per cent of the cost of installing electric vehicle charging stations for companies and commercial building owners as the province tries to expand its charging infrastructure.

The recently-announced program will cover most of the capital costs of installing Level 2 charging stations, which take between four and eight hours to fully charge an electric vehicle.

Employers and commercial building owners could get up to $7,500 per charging space.

In December, the province announced rebates to businesses to buy electric vehicles.
Would you invest in an EV and charging stations? Let us know in the comments section below and take our poll.


The Liberal government has earmarked up to $5 million for the program out of cap-and-trade auction revenues.

It says there are more than 1,300 public chargers operating in the province, though that includes just two-thirds of 500 stations promised by March 31, 2017 under a $20-million Electric Vehicle Chargers Ontario program.

The government says an incentive program for home charging stations has doled out about $2.2 million since January 2013 for nearly 2,600 chargers.