Despite the decrease, July 2018 remains the fourth largest July by volume on record.

Year-over-year auto sales are down 3.6% in Canada.

According to the latest Canadian sales figures, the sales downturn that began in March has continued into July.

With total sales for the month at 175,317 light vehicles, it was the largest percentage slide so far this year.

According to DesRosiers Automotive Consultants, light truck sales declined 1.1% and passenger cars declined 9.0%. Consequently, year-to-date sales remained negative, down a slight 0.7% over last year with light truck sales increasing 3.3% against a 9.0% decrease in passenger car sales. However, even considering the negative overall market, there was notable strength among many brands.

The largest sales decrease for the month was noted by FCA, down 33.3% with a discrepancy of nearly eight thousand units; this decline in volume from one of the three largest automakers was one of the primary contributors to the 3.6% decline in the Canadian market. This decline also solidified General Motors (-2.4%) firmly in the second place position in terms of total volume for the month.

Despite the decrease, July 2018 remains the fourth largest July by volume on record.

This summer, consumers continued moving toward utility vehicles, and the sale of traditional passenger cars continue to decline overall.

According to Stephanie Brinley, principal automotive analyst at IHS Markit, automakers have been adjusting production to meet the demand changes.

“Inventory of cars has been declining,” she said, “which can ease pressure for incentive-driven sales. In recent months, industry-wide incentives on light trucks have been increasing while incentives on passenger cars decline.

Over the second half of 2018, IHS Markit forecasts about 15 all-new or redesigned utility vehicles will go on sale in the U.S., compared with about 10 sedans.

The company believes that as the utility vehicle segments become more crowded, marketing and sales strategies will need to become more refined, and incentives may continue to increase. 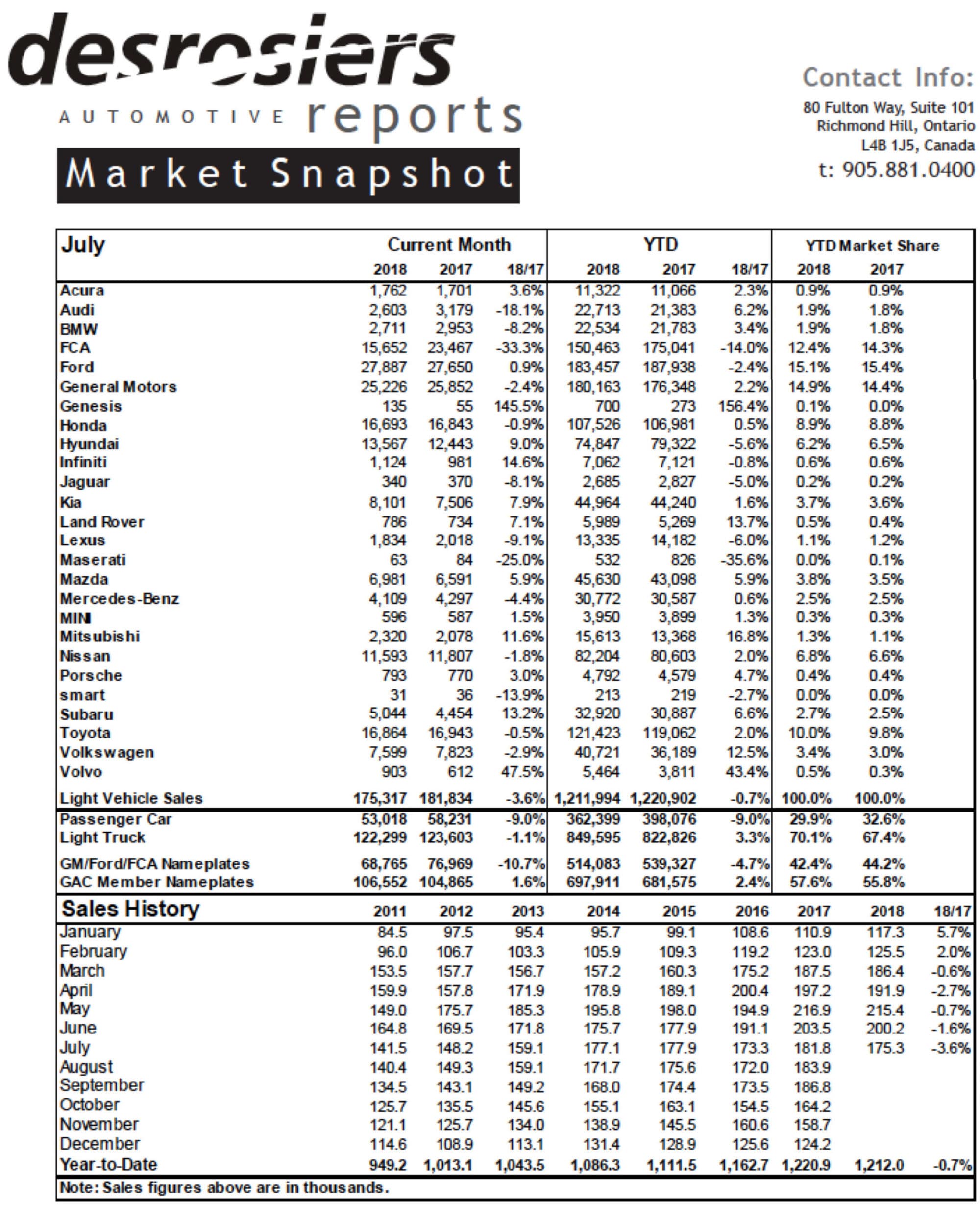