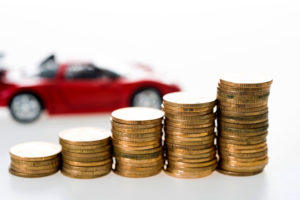 A border adjustment tax of any size could hurt jobs and the sales of cars and auto parts. The American International Automobile Dealers Association recently met with members of congress to voice their concerns.

Critics in Canada and Mexico have already blasted United States President Donald Trump’s idea of a border adjustment tax. And now more voices within the country are speaking out.

The Motor & Equipment Manufacturers Association recently warned about the dangers of the tax. And last week, members of the American International Automobile Dealers Association spent two days in Washington, D.C. talking to House of Representative members about the dramatic impact such a tax would have in the automotive industry and to American households.

The group raised the issue that a tax reform package would essentially be putting money in one pocket of Americans by taking money out of the other — they would end up paying more for imported goods, but would receive tax cuts elsewhere.

And caught in the middle would be the auto industry, which would see almost a million jobs lost, said Cody Lusk, president of the AIADA.

“We would like to see no border adjustment tax at all,” he said. “We think there’s a better way to do tax reform that would minimize its impact on auto consumers and the auto sector. We’re paying a disproportionate amount of this tax right now as it is proposed.”

According to Lusk, a proposed tax would “increase the average price of a vehicle by anywhere from $2,000 to $2,500,” he said. “So when we start adding that to the price of a car, obviously you’re going to reduce sales, reduce head counts. So we think it’s very detrimental to the automotive sector, dealerships and American consumers.”

Lusk said consumers will face a $1,700 increase on all goods imported into the country. So if people don’t want to buy cars or even car parts to service vehicles because they can’t afford it, the ripple effects will be long lasting.

“Everything’s going up and we worry about making our consumers pay that much more for everyday goods and vehicles and services and everything like that. It would have a very detrimental impact on the economy.”

That negative effect will hurt jobs in the industry too, he noted. “Close to about 900,000 jobs could be in jeopardy.”

“We think there’s a better way to do tax reform that would minimize its impact on auto consumers and the auto sector.”

Going into the meetings — 225 in all attended by more than 200 dealer attendees, Lusk said — he noted the support of a border adjustment tax at the top of the House, from chairman of the Ways and Means Committee to the speaker. But when explaining the problem to House members, Lusk felt he saw some eyes opening up.

“I think a lot of average rank and file members of congress are unaware of this issue because it’s sort of mainly been in the tax writing committee and hasn’t even been proposed or even come out in formal language yet,” he explained. “So a lot of these people are kind of unaware and alarmed that their colleagues might be considering something like this and could be conceived as ‘we’re cutting taxes over here and increasing taxes on American consumers over there.’”

In contrast, Lusk said the American Senate is quite aware of the risks posed by a border adjustment tax. “We’ve had great opposition. Really, no one has spoken out in favour of this (there).”

And the AIADA expects to keep up the fight.  “We’re remaining vigilant on this. It’s not just two-days-and-stop,” Lusk said. “We’re going to keep the pressure on through the spring and summer.”