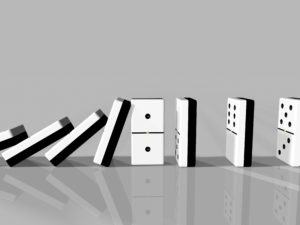 Should U.S. President Donald Trump go ahead with his planned tax reform initiatives, he can count on the backing of the Motor & Equipment Manufacturers Association.

But only to a certain point. The group worries ideas like increasing tariffs on imported goods would negatively disrupt the supply chain and hurt jobs, the opposite of what the president is trying to achieve.

The MEMA recently announced it “supports tax reform initiatives that will increase American manufacturing employment without putting an integrated supply chain at risk.”

The group is on board with strengthening competitiveness to create more jobs in the U.S. and to do so, the “MEMA supports a simplified, more predictable tax code that would generate investment (and) economic growth.”

But, measures like a border adjustment tax — a tax levied on imported goods, which Trump has said he will charge carmakers operating outside U.S. borders — would be met with opposition. Such a move “could disrupt the integrated supply chain for many companies and cause a ripple effect throughout the U.S. economy by 1) increasing costs for vehicle manufacturers, 2) decreasing available capital for new product development, 3) increasing consumer prices, 4) lowering sales, and 5) potentially decreasing manufacturing jobs in America.”

The MEMA has hired a research firm to see what the effects of the move could be and find “specific initiatives that will lead to a more competitive manufacturing environment and continued job growth in the U.S.”

The MEMA highlighted that manufacturing jobs account for 3 per cent of the country’s gross domestic product. The association recently announced that the Automotive Aftermarket Suppliers Association, a division of MEMA, saw a 19 per cent jump in the number of people employed in the industry since 2012. Suppliers have an impact, either indirectly or directly, on 4.26 million jobs, it said.

This was pointed out by the group to show the high integration of the North American supply chain that supports automakers and those who supply car parts.

“The president has said that he wants to increase jobs in America and put forward tax reform that is in the best interest of American businesses, consumers, and workers,” said Steve Handschuh, MEMA’s president and chief executive officer. “MEMA and its members are eager to work with the new administration and Congress to identify and implement tax reform that will allow our industry to continue as an economic engine for America.”

Stability in the industry is essential for success, the association said. “The stability and integration of the North American supply chain has been particularly beneficial to suppliers, contributing to growth in jobs and investments in the United States. MEMA supports reasonable tax reform that will allow this trend to continue.”