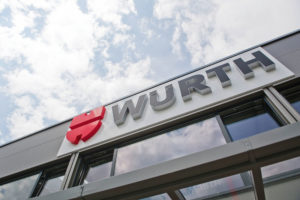 Looking for a way to secure his company’s future, Liqui Moly’s chief executive officer has sold the company to assembly and fastening materials supplier Wurth Group.

Ernst Prost announced that he will remain as managing director of Liqui Moly, which will operate as an independent company within the Wurth Group, which acquired all shares of the lubricants company as of the first day of the year. Both are German-based companies.

“I have hereby secured the future of Liqui Moly for a time when I may no longer be at the helm myself,” Prost said in a press release.

He stresses that that company is healthy and was under no pressure to sell. Prost said he was just thinking ahead.

“I wanted to make provisions with a minimum of fuss. When things are going well and we don’t have to decide under difficult circumstances,” he said.

“Over the past few years, Liqui Moly has shown an outstanding performance and developed into a real success story. The company owes this achievement mostly to the work of managing partner Ernst Prost and his employees,” said Peter Zurn, deputy chairman of the Wurth Group’s central managing board, in a separate announcement.

In March, Wurth announced, Liqui Moly’s head of sales, Gunter Hiermaier, will be appointed second managing director. He and Prost will form the management team of the company going forward at that point.

“Those who know me know that my employees are my focus,” Prost said. “After all, it would be foolish to change anything about the road to success over the past few years. Everything will continue just as before – just under a bigger roof that offers greater protection.”

The two companies have some history. Wurth has been a silent partner in Liqui Moly for almost 20 years. Further, the former is a family owned business, which was important to Prost.

“That’s why I know Liqui Moly is in good hands with the Wurth Group,” he said.

And the group expects to see continued success from its acquisition.

“We are proud that this successful and established brand, which is known for its outstanding reputation and great dynamics, will enrich the portfolio of the Würth Group,” Zurn said. “Our objective is the sustained successful development of Liqui Moly in the future. This is why we will continue to put our faith in the entrepreneurial expertise of Ernst Prost.”

And Prost said that will never change.

“Those who know me know that my employees are my focus. After all, it would be foolish to change anything about the road to success over the past few years,” he said. “Everything will continue just as before – just under a bigger roof that offers greater protection.”