The man behind Maslack Supply, a staple of the Northern Ontario automotive aftermarket, has died.

He founded Maslack Supply in 1959 with three employees and a 500 sq-ft building. The company now has 13 locations and a 70,000 sq-ft distribution centre. The jobber has been key in helping parts manufacturers to reach remote end-users in the automotive, body shop, heavy duty and industrial sectors.

John was the 1994-95 Jobber News Jobber of the Year Award winner. In 2017, he was recognized with the Distinguished Service Award from the Automotive Industries Association of Canada. He was praised for pioneering the Sudbury Memorial Hospital Foundation and serving on the Sudbury Memorial Hospital Board of Governors. He has also been recognized in his community – in recognition of his support of local youth sports teams, he was given the Sudbury’s Sports Celebrity Hall of Fame award. He has also received the Rotary distinction of the Paul Harris Fellow Recognition and the 2012 Bell Business Excellence Award. 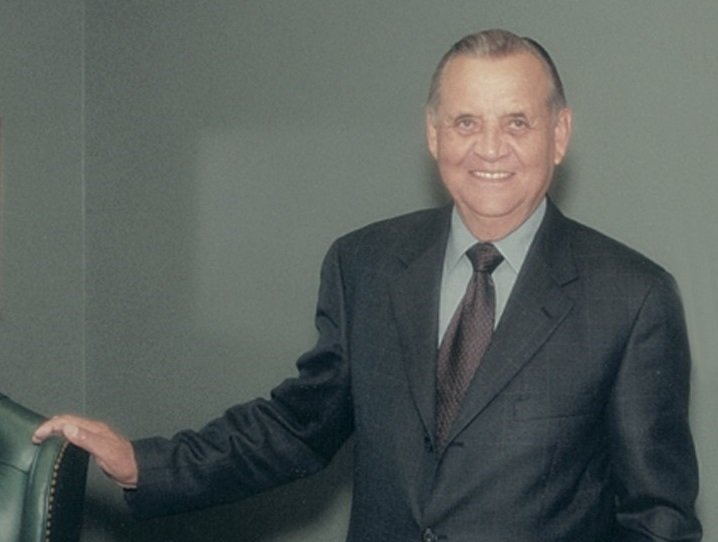 No doubt, this is a man who will be missed, said Pino Vocaturo, the company’s general manager.

“He has been very loyal to every manufacturer that he did business with,” he told AutoServiceWorld.com “When he said that he believed in a product — right or wrong — he just kept moving with it. He wasn’t a flip-flop type of guy. He was very committed to his staff; committed to his buying group; committed to the community. Anywhere he could help, he helped.”

John particularly looked to help in the communities in which he was involved.

“He always donated to the communities,” Vocaturo said. “So if we had a business in the Soo (Sault Ste. Marie, Ontario), he got involved in the Soo. If he had business in North Bay, he made sure he looked after the North Bay community.”

Positivity was also a highlight of John. Vocaturo recalled a favourite saying: “The sun will go up, the sun will go down. Just stay positive.”

It rubbed off on those around John. “So when you went to the customers, you just had that same behaviour: ‘Don’t worry, we can fix it,’” Vocaturo said. “That’s why he was so well respected. He made time for people. It didn’t matter what level of income you were at, he made time for everybody. He just treated everybody the same.

According to his obituary, John continued to visit the business regularly, even up until just weeks ago. The obituary said John credited his awards and recognition to “luck but it was his honest character and integrity inside and outside of business that those around him valued and respected.”