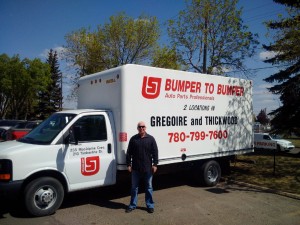 Tom Stroud, (pictured above)  is a 30 year resident of Fort McMurray and  the owner of two Bumper to Bumper stores (Thickwood & Gregoire).

Both locations were evacuated on Tuesday, May 3/16, along with the 80,000 other residents when the wild fire threatened their community. 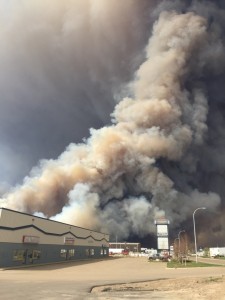 On Sunday the 8th, Tom was contacted by the City to open his Gregoire location to provide much needed supplies to the Town, The firefighters, Atco Gas & Power and several other service providers.

Store manager, Keith Singer returned to Ft McMurray to man the store while Tom began shuttling merchandise from the Edmonton warehouses to his BTB location.

In lieu of “dead-heading” back to Edmonton empty, Tom was recruited to shuttle abandoned pets from town to the SPCA in Edmonton to be reunited with the owners who had to leave their homes with just a few precious items. 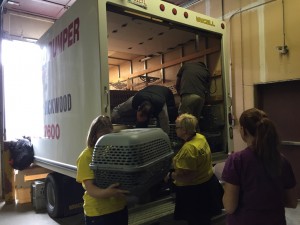 Kudos to Tom and Keith for their generous efforts to give back to their community.