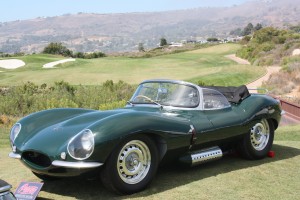 If you’ve been mourning the demise of the Jaguar XKSS converted racecar from the 1950s, it’s your lucky day — but you better start saving up now.

The British luxury car brand  has revealed that it will build from scratch the nine units of the Jaguar XKSS that were destroyed in a 1957 factory fire, fulfilling a six-decade pledge to sell 25 converted versions of the D-Type racecar to the public.

The XKSS will be sold for more than 1 million British pounds apiece, or about $1.4 million, said Tim Hannig, director of Jaguar Land Rover’s classic division.

And there’s more bad news, fans. Five of the vehicles have already been sold: two to customers in the United Kingdom, two to Americans and one to a New Zealander. That leaves four units up for grabs, with delivery starting in early 2017.

The XKSS won’t be street legal, so it will be confined to track driving and festival displays, Hannig said. The original was based on the D-Type race car that once dominated Frfance’s Le Mans race, winning in 1955, 1956 and 1957.

Jaguar founder Sir Williams Lyons had personally ordered the automaker to convert the 25 remaining versions of the D-Type into the XKSS, but only 16 survived the fire and were sold to the public, according to the company. Most still exist.

When the car was originally converted for the public, few changes were made — mostly cosmetic tweaks such as a new windscreen and bumper, Hannig said. It could go 143 miles per hour.

These days, the XKSS is perhaps most well known as having been a car of choice for the late actor Steve McQueen, whose XKSS is now valued at some $30 million, according to at least one estimate.

Hannig said Jaguar took a three-dimensional scan of the surviving XKSS that most closely resembles the original production version and will compare it to design blueprints to replicate the car. It will be built by hand.

“The actual building is very much to the old standards. Actually some panels will be handled with the old English wheel,” Hannig said.

Customers will be able to choose trim, exterior colors and certain interior options that were available at the time the cars were originally produced, Hannig said.