An analyst called Hyundai Motor Group’s recently announced plan to popularize hydrogen fuel cells in commercial vehicles in the next few years a “bold move,” but one that may be difficult to pull off.

What the company has going for it, said Bakar Agwan, senior automotive consulting analyst at GlobalData, is that the hydrogen fuel cell space isn’t nearly as crowded as the battery-electric and hybrid plug-in vehicle markets.

At the Hydrogen Wave Forum, the automaker announced its “Hydrogen Vision 2040.” It’s a plan to popularize hydrogen by 2040. Furthermore, Hyundai plans to become the first automaker to apply fuel cell systems to all commercial vehicle models by 2028. 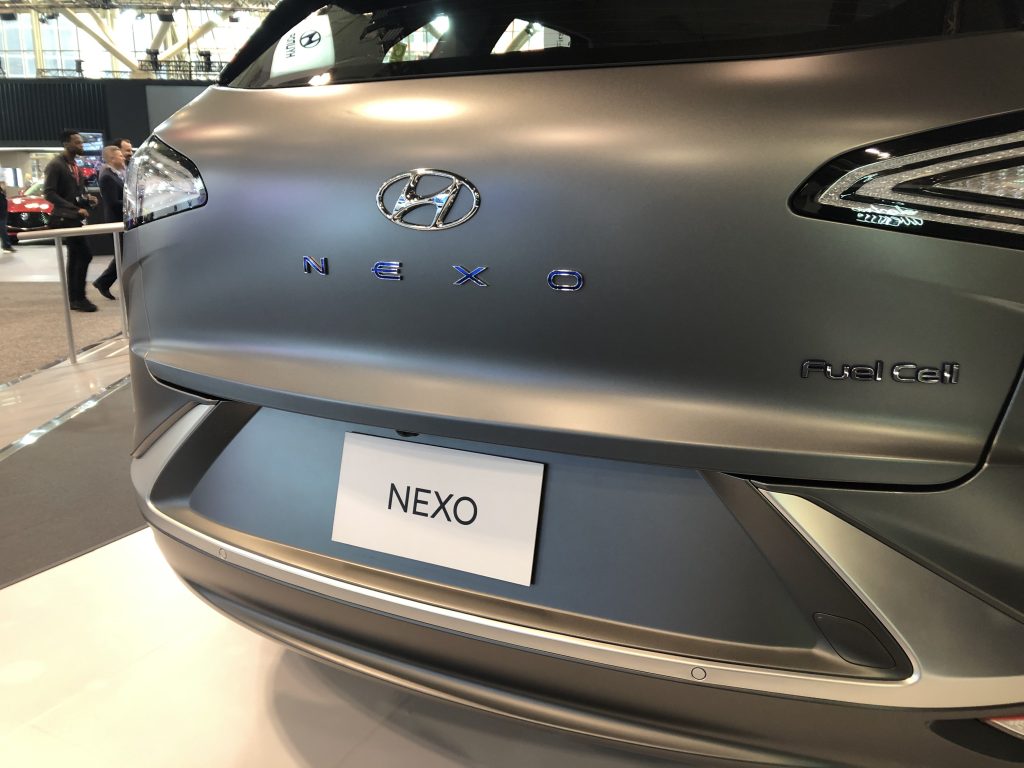 The Nexo is Hyundai’s first hydrogen-powered vehicle. It was on display at the 2019 Canadian International Auto Show.

“Hyundai’s announcement … is a bold move by the company,” Agwan said in a report issued by the data and analytics company. “However, prima-facie, the target looks tough to achieve given the limited supply-demand trends for fully electric commercial vehicles presently, especially trucks.”

Hyundai’s plan aims to achieve carbon neutrality and hydrogen-based vehicles are key to that strategy. It wants to see such vehicles part of the commercial transportation system, he observed. Being the leader in hydrogen technology — which does have benefits in helping global goals of lowering emissions — gives it Hyundai an advantage.

“But the cost-inflation that it brings compared to peer technologies such as hybrid and battery-electric will certainly pose a challenge for its wider adoption,” Agwan said.

Hyundai’s plans to use economies of scale to reduce vehicle costs and bring them in line with BEVs by 2030. If achieved, that would be a significant milestone, Agwan observed.

“But, at a time when automakers are starving for boosting EV adoption in commercial vehicles, which is quite in [an] early stage, it won’t be easy to make hydrogen technology a mass commercial success,” he said.

That said, the FCEV market is far less crowded than BEVs, where most automakers are focusing their energies on passenger and commercial vehicles. Agwan called that a “win” for Hyundai.

“This will give Hyundai a competitive edge in the fuel cell commercial vehicle market which will emerge as a key battle ground over mid-to-long-term,” he said.