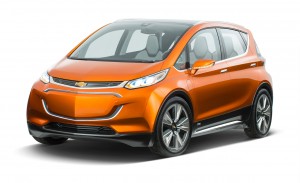 General Motors Co announced its Chevrolet Bolt electric vehicle will cost under $30,000 after tax breaks, a price that makes it significantly cheaper than the average new U.S. vehicle and sets up a test of whether the technology can go mainstream in the United States.

The Bolt will have a driving range of 238 miles on a full charge, substantially more than any currently available electric vehicle at a similar price.

However, analysts familiar with GM’s plans say the Bolt will initially be a low-volume niche model with production of fewer than 30,000 cars per year. Fully electric cars currently account for less than one percent of U.S. car and light truck sales. 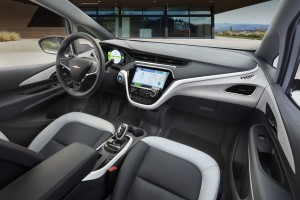 GM executives had signaled the Bolt’s price would be close to $37,500, but with the price now set, GM will accelerate efforts to steal thunder from rival Tesla Motors Inc, which has promised to deliver its new Model 3 next July with 215 miles of driving range on a full charge at a price of $35,000.

Steve Majoros, Chevrolet manager for car and crossover marketing, would not say what GM’s production volumes will be or how many orders the automaker has for the Bolt. He said interest in the vehicle is strong, including from corporate and government fleets. GM also plans to deliver Bolts to its ride-services partner Lyft.

GM has begun promoting the Bolt, launching a website that allows potential buyers to calculate how many miles they drive a day and what they could save by switching to an electric car. The brand has gotten a boost from positive early reviews of the vehicle, and an endorsement from Apple Inc co-founder Steve Wozniak, who told his Facebook followers he planned to buy one.

Tesla has said it received more than 370,000 reservations for the Model 3 since unveiling it March 31. The Silicon Valley automaker led by Elon Musk has said it needs to raise capital to fund production of the Model 3. GM has begun test production of Bolts at a factory near Detroit.