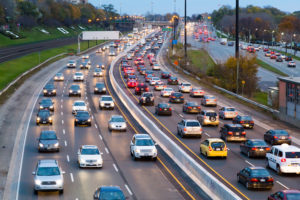 Experts expect that the push will come from a boost in economic growth across all regions thanks to strong financial conditions. Sales from the G7 nations – Canada, France, Germany, Italy, Japan, the United Kingdom and the United States – are predicted to increase by 1.5 per cent. It’s likely that these countries will be responsible for 20 per cent of global sales this year, Scotiabank said.

“Stronger economic growth and replacement demand are expected to drive sales higher in North America and Western Europe during 2018,” said Carlos Gomes, senior economist and auto industry specialist at the bank. “We also anticipate that developing markets, which accounted for more than 85 per cent of the increase in global sales last year, will continue to lead growth going forward.”

Canadian auto sales hit new highs last year with 2.04 million units sold, but due to decreasing affordability in the market, Canadian car and light truck purchases are expected to go down closer to the two-million unit range in 2018, according to Scotiabank.

In the United States, economic growth, accelerating income gains and good vehicle affordability will help rebound the country’s sales after a down year. Scotiabank predicts U.S. sales to increase to 17.4 million units in 2018.

China is still a dominant leader of global sale gains in the market. In all, China accounts for 40 per cent of global growth, but it is expected that China’s share will drop to less than 30 per cent this year. Scotiabank points to other Asian nations, like Thailand and the Philippines, as growing and developing markets for auto sales. They reported double-digit sales gains last year and are expected to remain at this pace.

South America bounced back in 2017 following three years of declines. Scotiabank sees positives ahead for the continent.

“Strengthening economic activity and rising commodity prices will likely keep South America among the growth leaders in 2018,” the report said.

Traditional engine models still make up 99 per cent of the global market, it added.