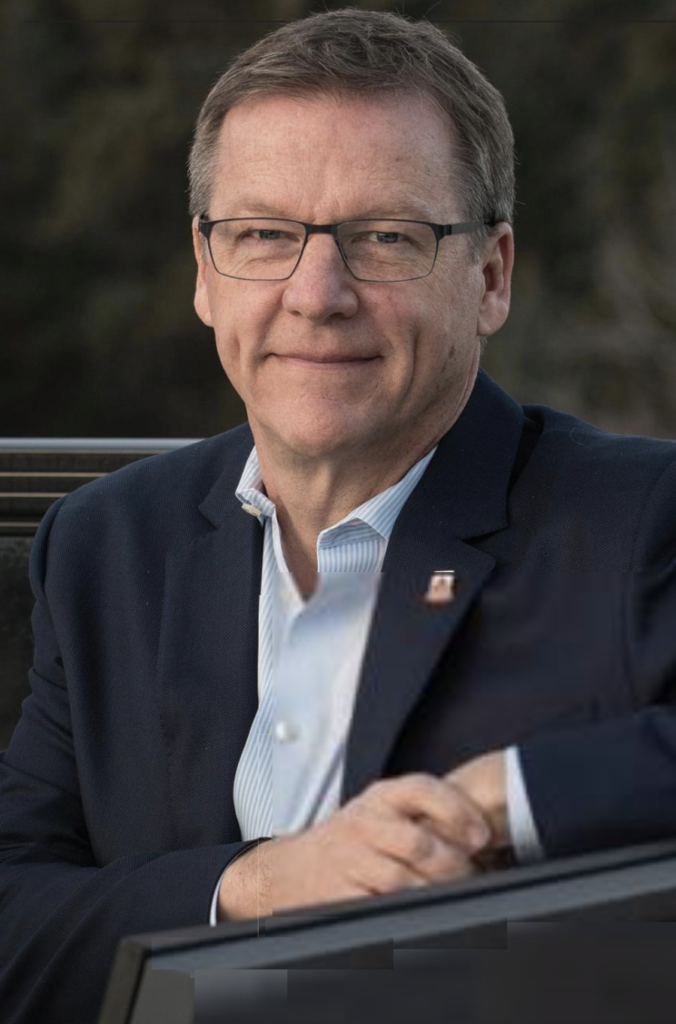 Brent Hesje, CEO of Edmonton-based Fountain Tire, is among three industry veterans who will be honoured during Industry Week in Las Vegas in November.

The Tire Industry Association (TIA) says it will recognize these individuals, all of whom have contributed greatly to the growth and development of the tire industry or have demonstrated high standards, ideals and leadership in the management of their businesses and in the tire community and have achieved goals and success that distinguishes them from others.

The Ed Wagner Leadership Award is presented to individuals or companies that demonstrate leadership, or innovation in products and services, that foster and promote the tire, retreading and/or tire recycling industries.

“We are pleased to introduce our new class of exceptional industry leaders as recipients for the Hall of Fame and Ed Wagner Leadership Award,” said Roy Littlefield, TIA CEO. “On behalf of TIA, we extend our congratulations and are honored to recognize these amazing individuals that have proven themselves as key industry influencers.”

TIA will recognize the honorees at the Tire Industry Honors awards ceremony on Monday, Nov. 4, 2019, from 6:30 p.m. – 8 p.m. at Caesars Palace Las Vegas Hotel & Casino. The ceremony is open to all and complimentary tickets may be reserved here: Registration Form.

Brent Hesje joined Fountain Tire Ltd. in 1992 as vice president of marketing and became CEO of the tire dealership in 2005. During his time with the company, Fountain Tire has nearly tripled its number of stores to 160, from 56 in Alberta only, and expanded its marketing territory across Canada from British Columbia to Ontario. Fountain Tire, which is 49-percent owned by Goodyear, has a unique ownership strategy providing a 50/50 ownership of its stores with local store managers. Hesje took this effective and often misunderstood approach across the country, making it one of Canada’s most innovative and celebrated business models. Since 1992, Fountain Tire has doubled the number of retread plants it operates to six and evolved into a vertically integrated comprehensive tire and automotive business by adding mine service, tire wholesale and five distribution centers. Consolidated sales over this period increased nearly ninefold to $605.8 million in 2018 from $67.9 million in 1992, while employment grew to 2,475 from 400. Hesje is active in volunteer work, serving on numerous education, community and corporate boards. He currently is the immediate past chair of the Automotive Industries Association of Canada, the country’s largest automotive aftermarket nonprofit, is a past board member of the Alberta Motor Vehicle Industry Council and currently serves as an advisor to the Productivity & Innovation Centre of the Northern Alberta Institute of Technology. He previously chaired the Institute’s Essential Campaign that raised a record $123 million and is a past chair of the school’s board of governors.

Frank Holeman had been Washington bureau chief of the New York Daily News when he joined the Tire Industry Safety Council (TISC) as director in 1969, a post he held until 1987. At the time, TISC was a separate entity, but under the aegis of the then Rubber Manufacturers Association (now called the U.S. Tire Manufacturers Association). At TISC, Holeman was the public voice of safety for tire manufacturers, dealers and distributors. At a time when the tire industry was under attack by safety activists and the subject of frequent negative publicity, Holeman was the pioneer in presenting the public and the federal government the industry’s message of dedication to tire manufacturing excellence, quality professional service and the necessity of proper tire care and maintenance. He enjoyed the complete confidence and admiration of all branches of the tire industry. Holeman was the 1956 president of the National Press Club and a lounge in the press club building in Washington D.C. is named after him. In addition, a plaque in the press club building states that at the request of then-U.S. Attorney General Robert Kennedy, Holeman brought together Russians, Cubans and Americans to negotiate the end of the Cuban Missile Crisis in 1962.

Edward Burleson began his career in the tire industry while still in high school working at a Goodyear retail tire store in Essex, Md. He remained in the retail tire business until 1975 when he opened Tire Associates, a wholesale and retail tire distributor and retreader in Richmond, Va. In 1986 Burleson started Central Marketing Inc., focusing initially on rubber sales and casings to retreaders. His experience as a retreader led to his vision of bringing automation to the retread industry. In 1992 he traveled to the Reifen show in Essen, Germany, to seek out companies that could provide automated retread equipment he could bring to the North American market. That visit led to a partnership with Italian companies Matteuzzi S.r.L to supply computerized buffers and automatic builders and later Cima Impianti S.r.L to supply automatic mold cure presses and eventually precure retread systems to the U.S. and Canada. Burleson later expanded his business to provide automated equipment for new tire manufacturing. In addition, Central Marketing has become one of the largest distributors of reconditioned retread equipment in North America. “The efficiencies that automation have provided the retread industry have maintained the economic advantage that retreading needs to survive,” according to his nomination information. “Edd had that vision in the early 1990s and has maintained a role in maintaining the advantages retreaders provide.”

The Tire Industry Association (TIA), with a 99-year history representing all segments of the national and international tire industry, is the leading advocate, as well as, instructor in technical training of tire service technicians.