EVs could cause 11% spike in Canadian electricity demand 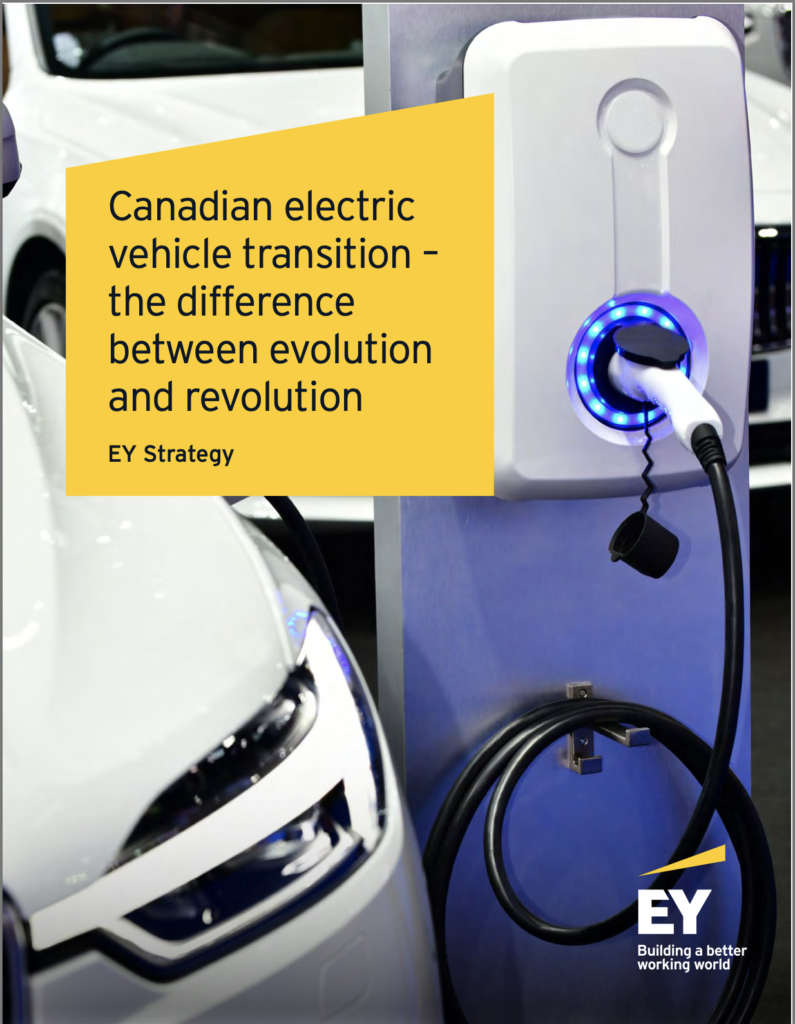 Rapid adoption of electric vehicles in Canada could also cause an 11% spike in Canadian electricity demand, analysts at Ernst & Young (EY) predict.

They say the expected fleet of some 13.2 million electric vehicles on Canadian roads by 2030 would require utilities to make significant investments in existing grid infrastructure.

Distribution network upgrades, enabling consumers to charge their cars at home and in public spaces, would improve power transmission across the country, including to rural areas.

“A dramatic increase in electricity demand would likely result in new power and utilities players coming to market,” said Daniela Carcasole, EY Canada Power & Utilities Leader. “This could open up a number of collaboration opportunities for existing companies — either through M&A or joint ventures with hotels, restaurants, technology companies and retail stores to offer easy and convenient vehicle charging to consumers.”

Availability of charging infrastructure, price premiums, battery performance, subsidies and time to complete the charge remain key barriers deterring Canadians from purchasing an EV. But even a moderate adoption scenario — with 6.5 million EVs on Canadian roads by 2030 — would require a 5.5% increase in electricity demand.

“Growing electric vehicle adoption is inevitable,” said Carcasole. “By proactively developing strategic plans that position them strongly for the future, companies can avoid analysis paralysis and turn the challenges of this market inflection point into a significant opportunity.”

The EY research is detailed in a new report: Canadian Electric Vehicle Transition: The Difference Between Evolution and Revolution.

“Electric vehicles have the potential to profoundly reshape everything from local transit to global commerce, and Canada’s energy players are not going to be immune from this impact,” said Lance Mortlock, EY Canada Oil & Gas Leader. “Companies should be asking themselves not only how quickly EV adoption will unfold, but also whether they’re taking the right strategic steps to prepare for this momentous shift. Now is the time to invest in future-proofing.”

EY research finds that rapid EV adoption would reduce domestic oil consumption by roughly 252k barrels per day and could trigger convergence of O&G and P&U companies in the marketplace.

“Diversifying portfolios will be crucial for oil and gas companies in a rapid-adoption future,” said Mortlock. “To stay relevant and ensure profitable revenue streams, they’ll need to invest more in clean energy, petrochemical products and access to tidewater to enter new markets.”