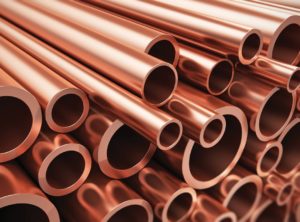 Demand for copper is expected to grow with demand for electric vehicles.

The metal is a highly ranked conductor of electricity, used in energy generators, motors, renewable energy systems as well as in Lithium-Ion batteries that are used in EVs. Demand for electric vehicles has been growing rapidly, with the global stock numbers crossing two million in 2016. The wide range of applications of copper differentiates it from other raw metals such as lithium, which has a more concentrated usage in batteries for EVs.

There are several factors that are driving the copper market.

“There are three major factors driving today’s copper market… The first factor is that the world economies, including in the US and in Europe, are actually perking along rather well,” Dr. James Culver, former chief economist for the Commodity Futures Trading Commission and CEO of VVC Exploration told the Investing News Network.

“Yes, the Chinese economy is not as robust as it has been in the past, but it is still growing at an annual rate of 6 or 7 per cent … The second factor is that as technology evolves so do the primary uses of copper, and the electric vehicle industry is an example of that. And third, we are using more copper than we have coming onstream. The demand is increasing steadily and the supply has not caught up.”