Mom and dad are most likely to be using their phone behind the wheel, Volvo study finds 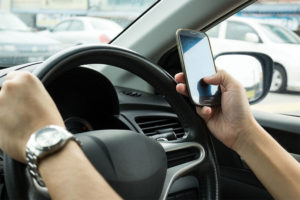 Distracted driving is ageless, but it’s the parents who are doing it more often than the kids, according to a new study from Volvo.

The study, conducted by The Harris Group, found that 71 per cent of American drivers use their phone behind the wheel, with Gen-Xers (born between the early 1960s and early 1980s) being the most prevalent distracted drivers, along with Millennials (born the early 1980s and mid-1990s), over Gen-Z (born in the late 1990s and after).

A survey of Canadian drivers from Desjardins Group paints a slightly different story. It found that 80 per cent of respondents to its survey said they see distracted drivers on the roads, but just 38 per cent said they have been distracted at least once. And one in five admitted to using their phones behind the wheel.

In the Volvo study, more than 80 per cent of Millennials and Gen Xers use their cell phones while driving – 71 per cent of Gen Zers said they use their phones. Of young Baby Boomers, 72 per cent said they do the same.

What are they doing? More than just talking. While 93 per cent of respondents said they talk on the phone while driving, more than half said they engage in activities that take their eyes off the road even longer – like texting (60 per cent), checking notifications (56 per cent) and 22 per cent said they video chat while driving. Two-thirds of drivers said they don’t let their phones out of sight while driving, keeping them in arm’s reach.

Desjardins’ study found that 45 per cent of Canadian drivers aged 16-24 are using GPS apps on their phone while driving.

More than half – 55 per cent – of respondents to Volvo’s survey said distracted driving is the top threat to safety on the road. Driving under the influence (31 per cent), aggressive driving (8 per cent) and speeding (3 per cent) all trailed.

Phones (43 per cent) are the top distraction blamed for losing focus behind the wheel, ahead of children (11 per cent), other passengers (9 per cent), changing the GPS (8 per cent) and music (5 per cent).

The vast majority (89 per cent) agree that drivers need to be better educated about the impacts of distracted driving and that vehicle manufacturers should do more to minimize distractions in the car (81 per cent). About three-quarters said they would even pay more for a vehicle with built-in features to correct or prevent distractions on the road. The same amount say roads would be safer if all vehicles had voice command capabilities and they expect to use the technology more in the next five years than they do now.