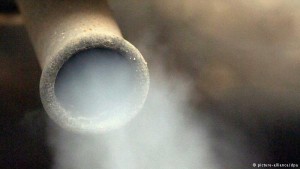 Motor manufacturers need to ensure new vehicles are cleaner in the wake of a UK inquiry which revealed diesel car emissions are far higher on the road than in laboratory tests. That is the view of a leading air quality expert from the University of the West of England (UWE Bristol) who believes the investigation’s findings should have a significant impact on the industry.

Jo Barnes, a research fellow from the Air Quality Management Resource Centre at UWE Bristol, welcomed official acknowledgement of the gap between lab test results and real world pollution levels but warned there was still ‘a long way to go’ to protect the public from harmful vehicle emissions.

The investigation conducted by the Department for Transport (DfT) in response to the Volkswagen scandal found some diesel vehicles were emitting up to 12 times the EU maximum level of health-damaging pollutants when tested on the road.

Vehicles made by manufacturers including Renault, Vauxhall and Ford were tested but not a single car among the 37 models involved in the study met an EU lab limit for nitrogen oxide emissions under normal driving conditions.

Dr Barnes said: “It is fantastic news that the UK government has now finally officially, and independently, acknowledged the extent of the discrepancy between test cycle and real world emissions across all motor manufacturers. At last air quality modellers can now stop labouring under the false pretence that published emission factors are ‘realistic’ and, through the implementation of on-road real-world emission testing, motor manufacturers will now have to ensure new vehicles are cleaner.

“There is still a long way to go however to ensure public health is protected from vehicle emissions. The agreed new emissions tests will still allow emissions to exceed the standards by twice as much and, compared to US standards, it could be argued even the standards themselves are too lenient.”

Dr Barnes believes the findings of the study, launched after it emerged VW had allegedly used technology to cheat emissions tests, could have far-reaching implications.

She said: “It is unclear what the government plans to do about the dirty vehicles that are already on our roads. Will a new scrappage scheme be in order?

“This will also have implications for the new Air Quality Plan that Defra has just submitted to the European Commission. Effectively this announcement undermines the emissions forecasts that underpinned Defra’s assumption that health-based air quality limit values would be achieved by 2020 in most areas and by 2025 in London and would push this date on by years.”

According to the DfT there was no evidence car manufacturers, apart from the VW Group, fitted devices to defeat the approved emissions test programme.

The Secretary of State for Transport, Patrick McLoughlin, said: “Our tests have not detected evidence of manipulation of emissions lab tests as used by the VW Group by any other car manufacturer.

“The tests do show the widespread use of engine management systems to prevent engine damage which can lead to higher emissions in real world temperature conditions cooler than those in the approved lab test.

“The UK has been leading in Europe in pushing for real world emissions tests which will address this problem. Real world tests will be introduced next year to reduce harmful emissions, improve air quality and give consumers confidence in the performance of their cars.

“Following the Volkswagen emissions scandal the whole of the automotive industry must work hard to restore public trust by being transparent about the systems they employ and advancing plans for introducing cleaner engine technology.”