Canadian among TIA’s hall of famers 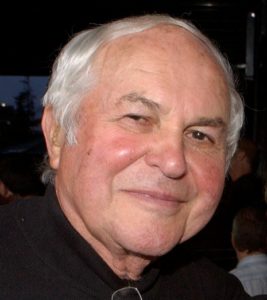 The late Charles “Husky” Sherkin was inducted into the Tire Industry Association’s Hall of Fame during Automotive Aftermarket Industry Week in Las Vegas earlier this month.

Sherkin, who was hailed as a Canadian pioneer in the tire business, was honored along with three other 2016 Hall of Fame recipients: Dan Brown, Dick Gust, and Fredrick Kovac.

He began his career in the industry at the age of 15, working at his brother’s company, United Tire. He later became a part owner in the company, which rode the mining boom of the mid-20th Century to great success.

In 1958, United became the exclusive Canadian distributor for Bridgestone, an arrangement which lasted for 13 years. In the 1960s and 70s, Sherkin created private brand “over the road” programs with BF Goodrich, MDG, and General Tire. While these private brand programs may seem not all that important in today’s world, they were pioneering at the time.

In 1985, he led one of the first Chinese-Canadian joint ventures, and help United Tire navigate a merger of its OTR business with Denman Tire.

Sherkin retired in 2000, was inducted into the Ontario Tire Dealers Association Hall of Fame in 2010, and passed away in 2011.

Dan Brown recently retired as executive vice president, and president of Tire Pros, at American Tire Distributors, Inc. In his 41 years with the company, he held many managerial positions and key leadership.

Richard “Dick” Gust has nearly 40 years’ experience in the tire and rubber industry, starting as a tire design engineer for Uniroyal, then joining Sears as a product manager, and ultimately becoming president of Lakin Environmental Industries.

Fred Kovac is the late vice president of tire technology for The Goodyear Tire & Rubber Company. He passed away in 1996.

The Hall of Fame inductions took place at the Tire Industry Honors Awards Ceremony at the Tropicana Las Vegas. The event was sponsored by Michelin North America.