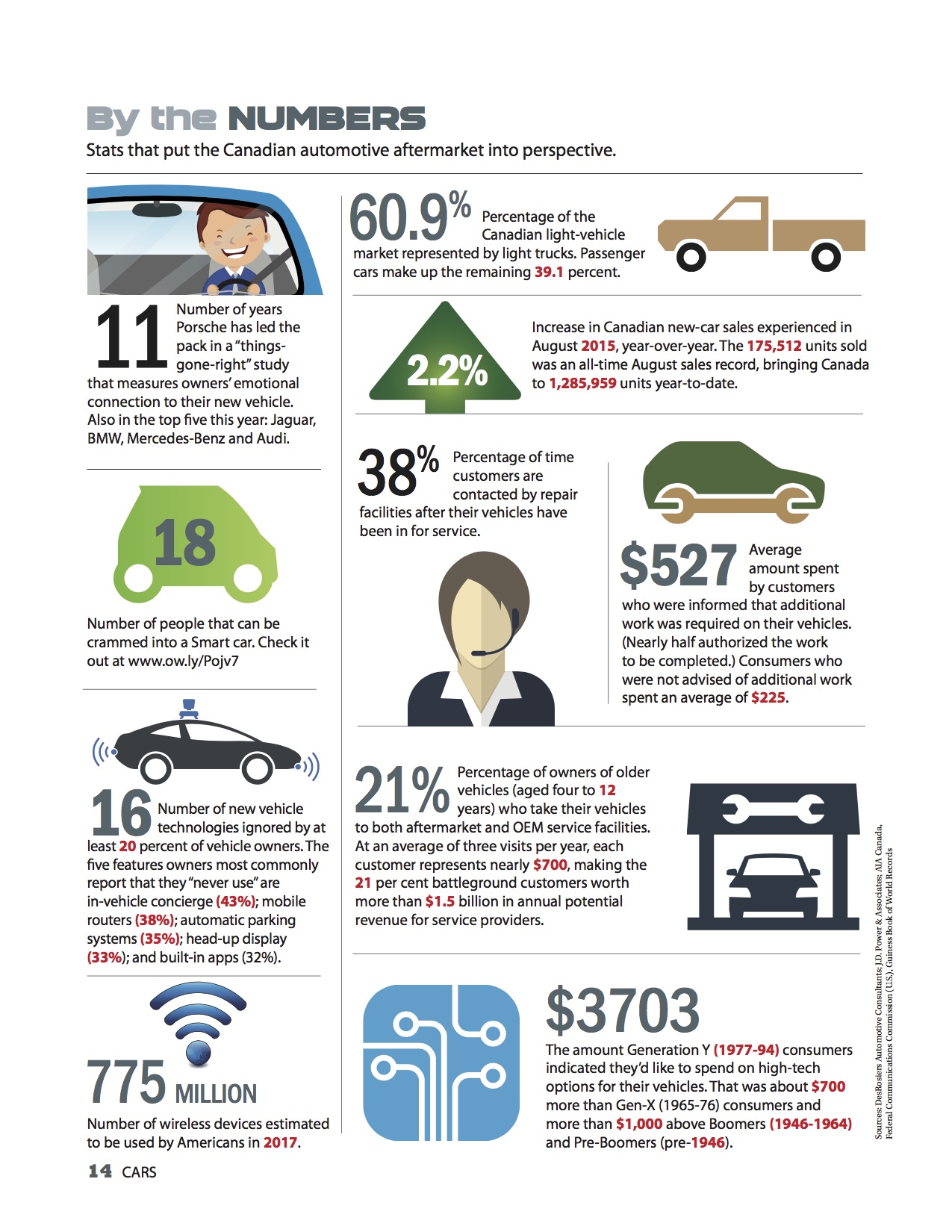 11 – Number of years Porsche has led the pack in a “things-gone-right” study that measures owners’ emotional connection to their new vehicle. Also in the top five this year: Jaguar, BMW, Mercedes-Benz and Audi.

18 – Number of people that can be crammed into a Smart car. Check it out at www.ow.ly/Pojv7

60.9% – Percentage of the light-vehicle market represented by light trucks. Passenger cars make up the remaining 39.1 percent.

38% – Percentage of time customers are contacted by repair facilities after their vehicles have been in for service.

21% – Percentage of owners of older vehicles (aged four to 12 years) who take their vehicles to both aftermarket and OEM service facilities. At an average of three visits per year, each customer represents nearly $700, making the 21 per cent battleground customers worth more than $1.5 billion in annual potential revenue for service providers.

775 million – Number of wireless devices estimated to be used by Americans in 2017.