Bosch to continue with Giving Track 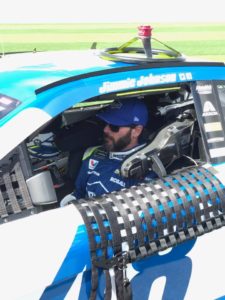 Bosch Aftermarket North America has announced that it will run its Giving Track program for a third straight year. It’s a charitable contribution program for the 2017 Monster Energy NASCAR Cup Series season.

The program provides contributions to organizations that are important to the motorsports community, Bosch said in a news release. When a sponsored driver notches a series victory, $1,000 is given to a team-specified charity.

“The NASCAR community extends beyond the garage bays, pit row and even victory lane. It’s a series that takes great pride in support from their fan base, and in returning that support to fans at the same time,” said Tony Pauly, director of advertising and brand management for Robert Bosch LLC, Automotive Aftermarket NA. “Through Giving Track, Bosch upholds our core philanthropic values to lend our hand to the NASCAR community and contribute to team charitable efforts.”

Last year, Giving Track gave out $30,000 in contributions. Jimmie Johnson was the top earner and funds went to Together We Feed, an organization focused on feeding and caring for children living in poverty.

As of April 5, Bosch announced that $4,000 has been donated to charities as part of Giving Track.

Two victories from Brad Keselowski on April 2 at the STP 500 and on March 5 at the Folds of Honor QuikTrip 500 secured $2,000 for the Checkered Flag Foundation, which honours and assists veterans.

Ryan Newman’s March 19 victory at the Camping World 500 meant $1,000 for The Childress Institute for Pediatric Trauma, which discovers and shares the best ways to prevent and treat severe injuries in children.

Joey Logano’s win at the Advance Auto Parts Clash on February 19 earned $1,000 for the Joey Logano Foundation, which invests in organizations offering second chances to children and young adults during times of crisis, and works to inspire others to live a life of generosity.

Another $2,000 was added in May thanks to Kyle Busch and Austin Dillon

Busch’s victory on May 20 at the NASCAR All-Star Race earned $1,000 for the Kyle Busch Foundation, which is committed to empowering children, families and communities to overcome hardship by providing essential tools to allow them to live their best lives possible.

Dillon’s win on May 28 at the Coca-Cola 600 earned $1,000 for the Childress Institute for Pediatric Trauma, which discovers and shares the best ways to prevent and treat severe injuries in children.

The $10,000 milestone was passed this month. Jimmie Johnson’s win at the AAA 400 Drive for Autism meant a $1,000 contribution from Bosch to the Hendrick Family Foundation.

$2,000 was contributed this month. Denny Hamlin’s victory on September 3 at the Bojangles Southern 500 earned $1,000 for the Denny Hamlin Foundation, which is committed to raising awareness and funds for the specific needs of children with cystic fibrosis. Kyle Busch’s victory on September 24 at the ISM Connect 300 earned $1,000 for the Kyle Busch Foundation, which is committed to empowering children, families and communities to overcome hardship by providing essential tools to allow them to live their best lives possible.

Kyle Busch and Brad Keselowski combined to bring in $3,000 of contributions this month. Busch’s victories on October 1 at the Apache Warrior 400 and October 29 at the First Data 500 earned $2,000 for the Kyle Busch Foundation. Keselowski’s victory at the Alabama 500 on October 15 secured $1,000 to the Checkered Flag Foundation, which honors and assists those who have sacrificed greatly for our country.