Bill 203, an amendment to the province’s Fair Trade Act, would require shops to provide an estimate before they can charge anything (unless the customer declines an estimate or authorizes a maximum amount they’re willing to pay), offer warranties of 90 days or 5,000 km on all work done, and prohibit shops from charging for estimates if customers agree to have the work done at the facility. 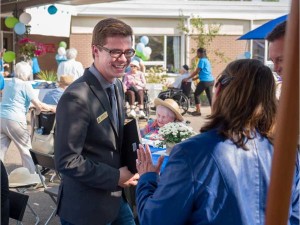 An Alberta politician wants to tighten the rules around automotive repairs.

Jon Carson, the NDP representative for Edmonton-Meadowlark, has put forward a bill that would require shops to provide an estimate before they can charge anything (unless the customer declines an estimate or authorizes a maximum amount they’re willing to pay), and offer warranties of 90 days or 5,000 km on all work done.

Bill 203, an amendment to the province’s Fair Trade Act, would also prohibit shops from charging for estimates if customers agree to have the work done at the facility.

A number of automotive associations have spoken up about problems with the proposed amendment, which has passed first reading in the provincial legislature without input any from industry.

Art Wilderman, executive director of the Canadian Independent Automotive Association, recently alerted his members to the situation, urging them to contact their MLAs to list the shortcomings of the proposed legislation.

He pointed out that Alberta is the only province in Canada that utilizes a regulatory body such as AMVIC to monitor and mediate repair services by operating under a Fair Trading Act.

During the 2015 cycle, AMVIC received 251 complaints specifically relative to the independent service and repair sector.  From those complaints only 80 investigations were opened which resulted in 1 undertaking, 0 administrative penalties, and 0 warnings.

“To put this in a better perspective, there are currently 3,941 licensed shops in the province, so if we use a very conservative average monthly car count of 80 work orders per month we could roughly estimate that out of an estimated 3,783,360 invoices being completed over the course of a year, only 251 complaints were lodged, of which only 80 were deemed to be in need of further investigation of which resulted in only a single undertaking.”

A copy of the bill can be seen HERE.

Carson, 24, agrees he hasn’t heard any significant complaints about repair shop practices, nor has he had any negative experiences himself. He said the idea for the bill came from studying similar legislation in Ontario and Manitoba.

Denis Ducharme, president of the Motor Dealers’ Association of Alberta, has gone on record as saying the Fair Trade Act and other legislation already provide protection for consumers. He also believes Carson should have consulted with industry before introducing his bill.

Ducharme says there are problems with several parts of the bill, including a section that might imply that shops cannot charge for diagnostic work if customers agree to have work done at the facility. He points out that technicians sometimes search for hours to find the source of a problem which might take only a few minutes to fix. If the shop were only reimbursed for the actual repair time, diagnostics would lead to big losses.


23 Comments » for Big changes proposed to auto repair in Alberta