Part 5 of 7 in an exclusive series

This is the fifth in a series of article on changing vehicle technologies – exclusive to the AutoServiceWorld Knowledge Centre. Award-winning tech writer Jeff Taylor offers a look at some of the latest innovations in the automotive world, how they work, how they’re evolving, and what they mean to the aftermarket.

Backing up with safety

U.S. legislators are hoping the toll of ‘back-over collisions’ can be stemmed by a simple technology that alerts drivers to what’s behind them.

Starting in May 2018, any new cars and trucks that are manufactured to be sold as 2019 models in the U.S. are going to require a back-up camera. 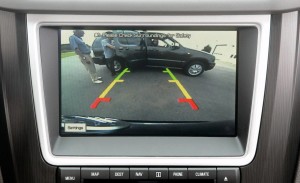 This requirement does not apply to cars that will be sold as 2019 models in Canada… but it’s a good bet that we’ll follow the American example. We often do when it comes to vehicle technology. 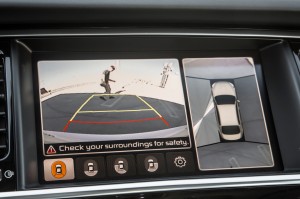 Back-up cameras are expected to go a long way to reducing this terrible toll.

Indeed, the process has already started, with many new cars and trucks already featuring cameras that give drivers an idea of what is behind them.

The new rule would apply to all vehicles under 10,000 lb., and while the law stipulates certain features that must be present (things like a prescribed field of view and available camera angles), there will undoubtedly be some variation in the way vehicle manufacturers go to market. As always, the technology that is used will vary according to make and model.

The U.S. National Highway Traffic Safety Administration (NHTSA) has set guidelines requiring that the back-up camera shows a field of vision that is at least 10 feet wide and minimum of 20 feet behind the vehicle. Some groups and advocates wanted a 180-degree field of view from the camera but a compromise was reached at 130 degrees. 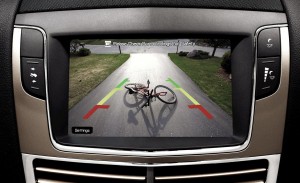 The law doesn’t mandate the location or size of the screen, however, so these will be areas where manufacturers come up with different options.

The back-up camera is also an integral part of the “Park Assist” and “Rear Cross traffic Safety” systems that are very popular… but for this article we’ll just stay on the simple back-up camera, looking at how it works, and what technologies it employs.

This system is one of the lesser complicated new technologies that are available on today’s vehicles. After all, digital cameras have found widespread use in a wide variety of modern technology.

But that’s not to say some vehicle models won’t have impressive advanced technology driving the system. After all, manufacturers are all trying to impress consumers with their safety features.

Back-up cameras are certainly an area where they can impress prospective buyers. 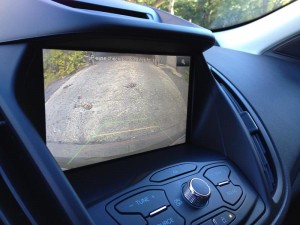 All back-up camera systems consist of at least one rear-facing, wide-angled camera. The camera can be mounted in a number of locations, but it’s usually centred in the rear deck or tailgate. The cameras themselves are very small, and most have a special water-shedding hydrophobic coating on the lens to prevent water and snow from building up and disturbing the image.

Nissan provides a washing nozzle, and a puff of air to dry theirs off, so the camera lens stays nice and clean.

Some of the cameras are high resolution devices, and they feature built-in technology to reduce glare and enhance the field of view. 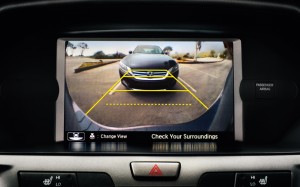 GM’s new Cadillac CT6 has two cameras: a standard device in the rear deck lid, and one mounted on the roof. The roof-mounted camera provides a view that is 3 to 4 times as wide as what the driver would customarily see out the conventional glass mirror.

The new Chrysler Pacifica has four cameras, allowing the driver to switch or split views. The multiple cameras provide a 360-degree bird’s eye view and a dedicated rear view at the same time.

The use of more than one camera has been very popular on high-end European models for some time, but it’s now available on many mainstream popular vehicles as well.

The 2016 Nissan Rogue uses a four-camera setup, allowing for close-up views and split screen display options from a combination of cameras. This provides a much better look at the vehicle’s surroundings.

All of these cameras will be sending a digital signal to a processor and that processor will, in turn, provide the video output displayed in the cab for the driver to see.

The screen that will display the camera image will differ between models and makes. 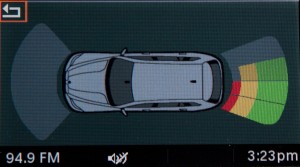 Numerous manufacturers are already incorporating large LCD displays in the centre stack of the instrument panel to show information on the vehicle’s HVAC and radio functions. Incorporating a video screen for behind-the-vehicle images was on obvious first place to start.

Other systems, however, use an LCD monitor integrated into the standard rear-view mirror – using only about a third of the space, leaving plenty of room for a standard mirror as well.

Cadillac’s CT6 display is also incorporated in the rear-view mirror, but by using a roof-mounted camera, it uses the entire mirror surface to display the cameras video output. The view that is displayed provides the driver with a rear-view look that combines a wider field of view – one that is not interrupted by headrests, interior roof, B or C pillars, or passengers’ heads.

Replacing the entire rear-view mirror with this digital output was something that required special permission form the U.S. government. The mirror can be turned off and used as a traditional rear-view if the driver wishes, and then the rear cameras display will show up on the LCD centre stack display.

How this will affect us

Most cameras are easy to replace. They’re generally plug-and-play devices that don’t require any setup.

But LCD displays aren’t typically that easy to work with. With all new technology, there’s going to be computers and processors involved that require the proper scan tools and diagnostic information to repair, setup, and calibrate. Trouble codes will also have to be retrieved and software updates will be required from time to time. Manufacturer scanners will be the natural tool for these tasks. 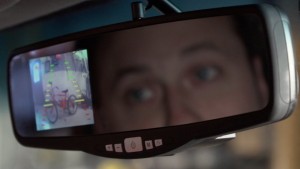 But there are going to be other issues that will have to be addressed.

Some cameras are hidden when not in use. They rely on tiny motors to bring them to the fore when they need to be utilized. These motors are going to be susceptible to corrosion and other challenges during Canadian winters. Salt, chemicals and road debris are going to cause issues.

The location of the rear-facing camera in a deck lid and rear door is going to mean they are going to be easily damaged in a rear collision.

Furthermore, while LCD screens have been in use for quite a while now, what can we expect in terms of life expectancy with vehicles lasting so long? And what will the replacement cost be in the future?

There are also a huge number of aftermarket systems that are installed at dealerships and electronic stores that may look like factory devices… but aren’t. These are going to be the ones that will be the toughest to fix, as there may not be any information on how to repair them.

The back-up camera is definitely going to become standard equipment in the United States. That’s likely to happen here in Canada as well. But even if it doesn’t, the fact that so many of our vehicles are built in the U.S. or manufactured according to U.S. standards means we will see these systems in great numbers… and we’ll be expected to repair them.

We are also going to have to explain to our customers how the system works. Perhaps our biggest challenge will be to get them to understand the functionality – and the limitations – of the system.