At school and at work, are auto technicians getting the training they deserve?

This story first appeared in the April/May issue of CARS magazine. Click here to access the digital magazine.

Recently, the Government of Ontario announced that it is investing $47 million in 2021 and 2022 to hire more apprentices, improve their quality of training, and help them complete their certification through the new Achievement Incentive Program and the expanded Apprenticeship Capital Grant.

The Capital Grant will consist of $24 million which will be put towards helping colleges, unions and apprentice training providers upgrade their equipment and facilities to ensure apprentices are learning and using state-of-the-art infrastructure during their in-class training. Examples include new virtual reality training equipment and simulators, new tools or upgraded accessibility supports, all of which help apprentices acquire the skills they need to be ready to enter the workforce.

These initiatives are part of the government’s Skilled Trades Strategy, which includes reducing the stigma related to a career in the skilled trades, simplifying the apprenticeship system, and encouraging business participation. These programs are also designed to support those who train apprentices, such as businesses, colleges, and other training organizations, providing more young people with high quality training that will lead to successful careers.

Al Playter is a professor at Centennial College, where he teaches course content for the automotive and motorcycle apprenticeship programs. He’s also a licensed automotive technician. He started at Centennial College in 1991, left in 1996 to start his own business, returned in 1999, and has been there ever since, so it’s fair to say that he has seen the automotive industry shift and change over the years. Apprenticeship education and on-the-job training for technicians should reflect those changes, but the reality is that it falls short, Playter says.

Playter currently specializes in electrical electronics, which teaches students the basics of electricity and atomic theory, a subject that he teaches at all three levels of the apprenticeship program. There are a few different ways that the apprenticeship works. The block model means that the students are out of the workplace and attending college for two months straight. The co-ops have the students in college for four weeks before they rotate back into the workplace for four weeks. An extended eight-month version of the program has the students working in the trades for eight months, while doing an additional eight months of college.

“To qualify for the program, you have to be indentured as an apprentice, so you have a three-way contract between yourself, your employer, and the Ontario government,” Playter explained. “You have three periods of school, each are 240 hours, and within each 240 hours you have five different disciplines that you pass. At the end of that time, if you pass, you are qualified to take the certificate of qualification, which then licenses you as an auto technician.”

As a college professor, Playter says his students are anywhere from 18 to 50 years of age. Regardless of their past life experiences or extracurricular hobbies, the training goes strictly by the book. “The program keeps changing all the time, but it was originally 9,000 hours,” Playter said. “Now, the in-school portion is 240 hours at three different times: Level 1, Level 2, and Level 3. The balance of that time is where they spend it with their employer, theoretically, putting into practice they learn in school.”

Once the student leaves the classroom setting, Playter says it’s up to the individual to utilize the training and skills that graduates bring to the workplace. “I can teach my heart out, as can any instructor, but if they don’t utilize those skills when they get back to work, then it’s useless, almost like a language. If you don’t lose it, you lose it.”

At the same time, the employer has an equal responsibility to allow newly certified technicians the opportunity to truly hone their skills.

“One of the worst problems is that with the Level 1 and Level 2 apprentices, they’re taken as gophers,” Playter said. “I may teach a lesson on using an oscilloscope, and when they enter their new workplace, their employer has them changing snow tires, doing oil changes, getting coffee, and picking up customers. Unfortunately, the employers are not doing what they’re supposed to do.”

The solution, Playter says, is that there should be a closer correlation between what the students are learning, and what they can do once they get to work. “Students aren’t going to learn unless they’re allowed to actually practice,” Playter said. Over the years, there have been several attempts to create mentorship programs, but Playter says they always fail because there’s a disconnect with employers not understanding why they should further invest in extra training for the employee if they’re already paying them with employment. “I have 48 hours to teach them [the apprentices] everything they need to know about electrical electronics and diagnostic tools, but that’s not an awful lot of time,” Playter said. “The qualifications of the people training these students is also an issue. Good instructors continue to upgrade their own skills because of the great changes that happen in our trade.”

Emily Pyke is an automotive service technician at Heffner Lexus, based in Kitchener, Ont. In January 2021, she completed her apprenticeship at Conestoga College.

“The training is heavily outdated, not just for the students, but the instructors as well,” Pyke said. “The instructors haven’t been actively working in the field for years, and what was modern to them at the time is no longer relevant. Technology in general on cars now a days was very slim in the lessons. The cars rolling off the lot contain so much advanced technology that we didn’t even learn about in the classroom. How can they expect us to diagnose and repair these vehicles when we are still learning about how carburetors function?” 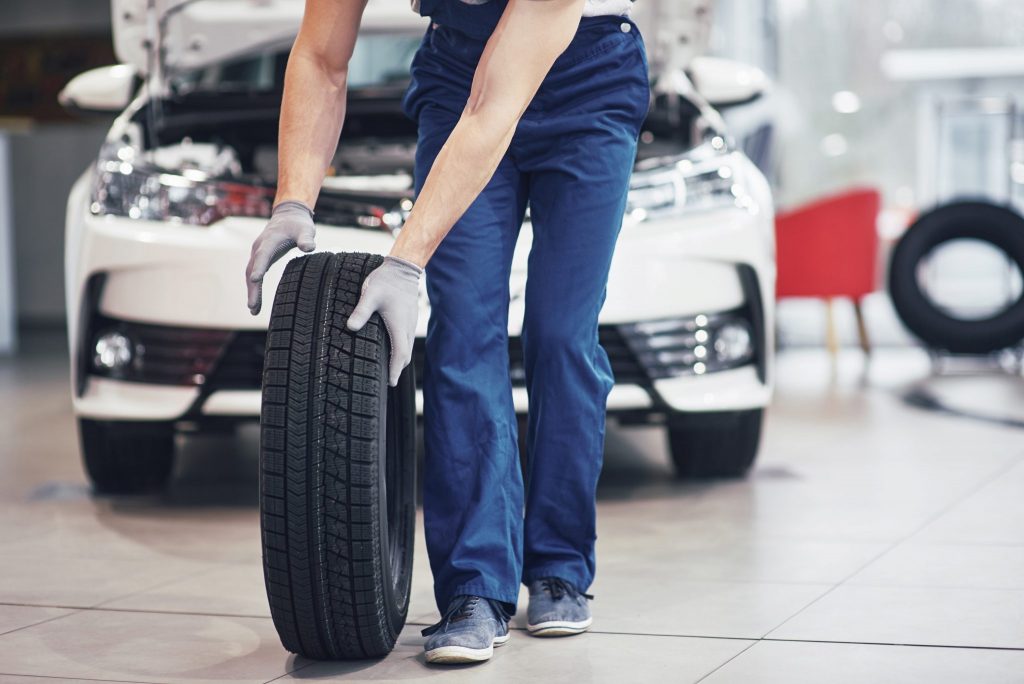 “When they [apprentices] enter their new workplace, their employer has them changing snow tires, doing oil changes, getting coffee, and picking up customers. Unfortunately, the employers are not doing what they’re supposed to do,” says Al Playter, professor, Centennial College.

Bound by the book

Like many professors, Playter’s teachings are bound by a curriculum. His current class encompasses 32 hours of theory and 16 hours of practical lab. “Within that mix, the onus is on the student to study the theoretical part, because we can’t possibly teach everything for the practical part,” Playter said. “We’re mandated a certain number of hours to teach this or that, but the last time the curriculum was updated was back in 2008. There is another curriculum, and I wrote some of the electrical and hybrid components for it, but the government is still sitting on it; they haven’t introduced it and it hasn’t been updated. Faculty that are coasting, and not upgrading their own skills, are teaching what they’ve always taught. For the people that are cognizant of what’s happening in the trade, a lot of us are teaching what students need to know, now.”

Techniques that sound quite simple, like changing a battery, for example, have changed dramatically in the last ten years, especially because most vehicles are now connected by data. ADAS systems are another everyday component to today’s vehicles, Playter says, but in the 2008 curriculum, knowledge on how to handle these systems is nowhere to be found. To prepare his students for life in the real world, Playter acknowledges that he and other instructors who share the same sentiments that the current curriculum is outdated, have had to resort to teaching the curriculum, but also devoting extra time and hours to train students on modern technology once the coursework is done. “It’s frustrating because you want to teach them as much as you can, but you really have to pick and choose,” Playter said.

Once the students leave the classroom and enter the workforce, training should never stop, and employers should realize the benefit that investing in paid training can do for their shop, Playter says. “There is payment for training available through the Ontario government, and they will pay up to 85 per cent of the cost of a training course, so a $100 course is going to cost you, the employer, $15,” Playter said. “You can’t lose. The onus is also on the technician to say ‘hey, I’m not being trained, I’m doing tires and oil changes.’ There’s a joke that says you’ve got wheels on your toolbox for a reason, and it’s why you’re called a journeyperson. If you don’t like where you are, you get the hell out of there.”

On the heels of an outdated curriculum also comes the virtual training burnout that apprentices are facing. “I don’t like to say that technicians won’t learn, either virtually or in a classroom, but it’s a very tactile trade,” Playter said. “I try and emphasize with my students; I know they’re probably listening to me teach while playing on their phones, but I get it. You have to be very flexible because there’s no way you can be totally concrete.”

Unlike inside a controlled classroom setting, at home, students have a variety of tools and resources at their disposal. When it comes time to exams, which would normally have zero tolerance for cell phone usage or access to a computer, Playter says there’s not much he can do except encourage students to be honest and to do their best.

“I’ve told them many times, ‘I can’t control if you cheat,’” Playter said. “There’s nothing that I can do about that whatsoever. Just figure out who you’re really cheating.”

Due to COVID-19, the theoretical training has been moved to online, but the students are still permitted to complete their practical coursework in the lab. Currently, ten students are allowed into the lab at a time, which means professors need to be flexible, but also that they teach the same lesson repeatedly to ensure all of their students have had a turn. Virtual burnout definitely exists in the apprenticeship program, for both staff and students, Playter says, as apprentices who never intended to complete their certification fully online, or who may not be auditory or visual learners, struggle to keep up. Unfortunately, some have dropped out of the program altogether. “We would see the same thing in the classroom, but online, it’s twice as hard,” Playter said. “Online, you’ve got so many distractions. If they’re not strong academically and if they’re not focused, they’re gone.” 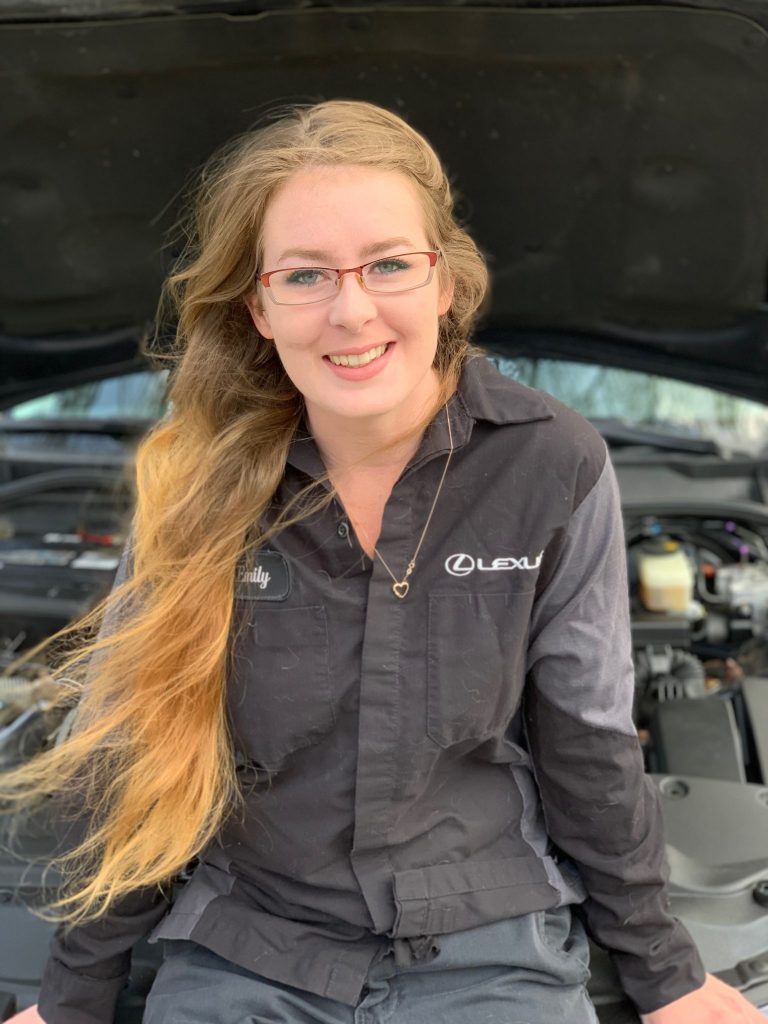 “The training is heavily outdated, not just for the students, but the instructors as well,” says Emily Pyke, an automotive service technician at Heffner Lexus. “The instructors haven’t been actively working in the field for years, and what was modern to them at the time is no longer relevant.”

“We are a hands-on career, and we learn best by putting our hands on the components that we are learning about,” Pyke added. “I have been very fortunate to receive additional training from Lexus Canada to achieve my Master Hybrid Certification, because without that training I would have been heavily unprepared for shop life outside of the classroom,” she concluded.

To learn more about the Achievement Incentive Program, visit https://www.ontario.ca/page/hire-apprentice#section-3.

To learn more about the Apprenticeship Capital Grant, visit http://www.tcu.gov.on.ca/eng/eopg/programs/aef.html.


1 Comment » for At school and at work, are auto technicians getting the training they deserve?