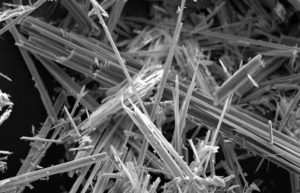 The proposed regulations would prohibit the future use of asbestos with a limited number of exclusions and would prevent new asbestos and products containing asbestos from entering the Canadian market. The regulations would allow for existing products, like building materials installed in buildings, to reach the end of their life.

The Canadian government announced in 2016 that they would prohibit the manufacture, use, import and export of asbestos and products containing asbestos by 2018.

Please take the time to read the following statements about asbestos and the automotive and maintenance industry that were included in the consultation document:

“The cement and automotive sectors import products containing asbestos, and are expected to comply by switching to imports of asbestos-free products.”

“For the cement and automotive industries, the proposed Regulations would result in substitution costs of $29 million that could affect their profitability.”

“It is estimated that about 4 300 workers (or <5%) in the automotive repair and maintenance industry could be exposed to asbestos due to the removal of friction materials containing asbestos (e.g. brake pads and clutches).”

“Approximately 99% of the workers who would potentially benefit from the proposed Regulations are currently employed in the construction and automotive industries.”

On February 6, 2018, Environment Canada is hosting two webinars – one in English, the other in French – during which the proposed regulations will be presented. If you are interested in participating in either of these webinars, please contact Erin Chreptyk at erin.chreptyk@aiacanada.com to obtain the necessary registration form.

Comments can be submitted to: