In the third of a series of articles sponsored by Chevron, reporter Jacob Stoller looks at the technology used to power realistic gaming environments… and when it might be coming to the automotive repair shop.

In the third of a series of seven articles sponsored by Chevron, reporter Jacob Stoller looks at the role virtual reality and augmented reality could play in tomorrow’s auto repair shops. 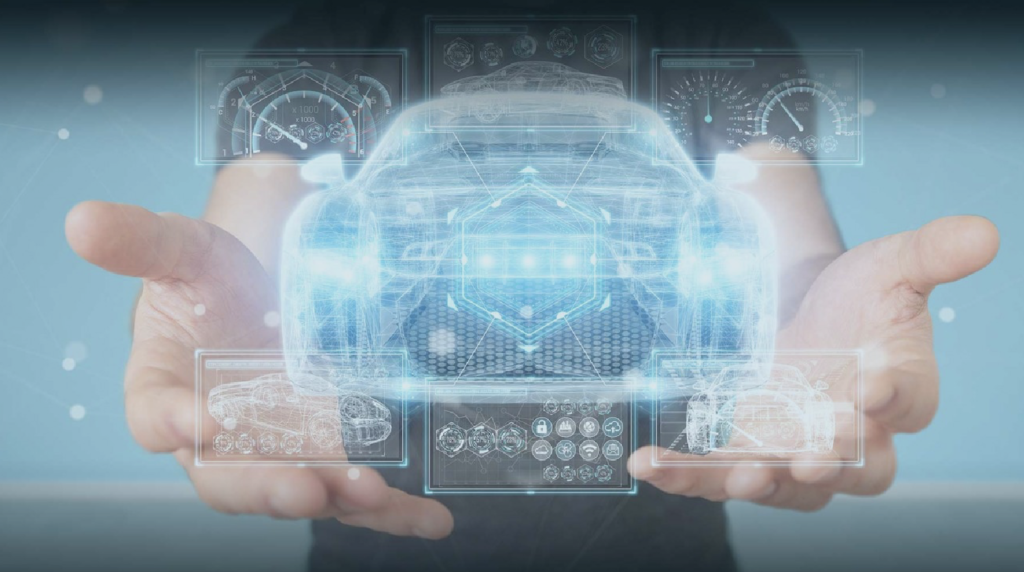 One of your most loyal customers brings in his father-in-law’s Audi with what appears to be a cam crank correlation issue. Nobody in your shop has seen this model before, and you dread the prospect of tying up your top technician in a lengthy troubleshooting process. 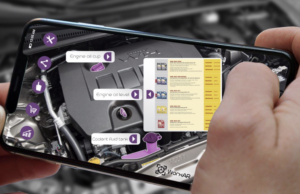 Then you remember that a friend of yours has just hired a tech with experience at an Audi dealership.

So you call your buddy up, and, as usual, he’s happy to help. Soon, his technician is walking your guys through the diagnosis. Together they hook up the scope, identify the time pattern and voltage range, and the problem is isolated within minutes.

Here’s the catch. Your buddy’s shop is in Saskatoon, 2,500 kilometers away. The technicians were able to work side-by-side thanks to a shared augmented reality (AR) app.

A futuristic scenario like this isn’t as far-fetched as it may sound.

There’s certainly something very
cool about pointing a phone
at the front of your car
and viewing superimposed images
and instructions that
illustrate how to
change a headlamp.

The technology already exists, and AR and virtual reality (VR) apps are now deployed in a variety of industrial sectors to help organizations share critical knowledge far more effectively than would be possible through an ordinary phone conversation.

For example, Toronto-based technology provider VR Vision Inc. is currently working with a global wind turbine OEM, setting up a platform where lead engineers in factories and head offices can train new employees in the field.

“Our software has multi-user capabilities now,” says Lorne Fade, VR Vision’s co-founder and COO. “So if there’s an expert at a particular training process, that expert can be working collaboratively with someone else across the world. It doesn’t matter. And that’s where AR comes in really well.” 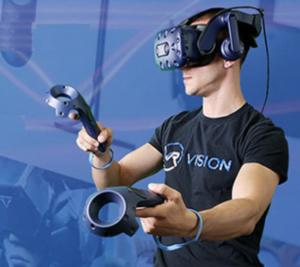 Training is the most prevalent use of AR / VR technologies, and with good reason. “There’s something modern and immersive about VR,” says Fade. “You retain knowledge up to 80% better because you’re in a distraction-free environment. It’s hands on, and it feels pretty lifelike and real. And it’s only getting better.”

While one-on-one collaboration is the ideal situation, a more common scenario is to make instructional content – step-by-step procedures, tips, diagrams – available in the AR format. The most common examples in automotive repair are apps from OEMs such as BMW, Volvo, and Hyundai that superimpose instructions and CAD diagrams over a camera image captured by a technician’s personal device.

Some of these are designed as next generation user manuals for the DIY-inclined car owner. There’s certainly something very “cool” about pointing a phone at the front of your car and viewing superimposed images and instructions that illustrate how to change a headlamp.

On the professional side, AR is being used by OEMs to train dealership shop technicians on the latest model features, and also, interestingly, to reveal the inner workings of a vehicle in the showroom. In apps designed for the professional service technician, the user device is more likely to be a professional quality headset, which allows technicians to avoid tying up their hands holding and operating a device.

What does this mean for independent shops?

New technology tends to be the preserve of large companies with deep pockets, so it’s no surprise that current AR / VR use cases are being developed by OEMs. There’s a real fear that OEMs will use the technology exclusively in dealer shops, leaving independents to struggle to keep pace with the latest high-tech features on today’s vehicles.

The “big player” early-adopter advantage, however, tends to be short-lived.

There’s a fear that OEMs
will use the technology
exclusively in dealer shops,
leaving independents to
struggle …  but the “big player”
early-adopter advantage
tends to be short-lived.

The OEMs are building their apps on tech vendor platforms, such as one marketed by Bosch, and those vendors will soon need to expand their reach beyond OEMs to maintain their growth. Because the technology will have a wide range of applications in verticals such as manufacturing, healthcare, and construction, experts say it will soon become widely affordable.

To see this in context, it’s helpful to remember that a decade ago, training videos were a costly undertaking. Today, thousands of independent repair shops in every sector are publishing their own video guides on YouTube – some of remarkably high quality.

“AR is slowly becoming mainstream,” says Mario Dimovski, CEO of Sydney, Australia-based Tradiebot that has developed an AR platform called WorxAR, “and probably in the next five years, every technician – not just automotive, but every technician performing service on anything from washing machines to elevators – will be using some form of AR technology. 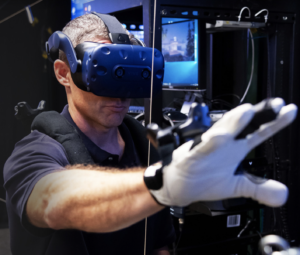 Tradiebot is developing a user interface that will dramatically lower the cost of developing AR content. “We’re trying to make this as simple as possible,” says Dimovski. “We’re further creating an AR studio platform that is technically a drag and drop self manage system. So you’ll be able to use CAD or capture an image via our mobile app to use as a target of, say, your engine bay, drag and drop that into the platform, and then add CAD images and other content relevant to performing a task you want to program, such as performing a service or replacing a part in the engine. It will be a little like a template-based ‘build your own website’ platform.”

Another factor is the dropping prices of VR / AR headsets. Heavy and cumbersome until very recently, lightweight tether-free devices such as the Oculus Quest have now dropped in price to below $600 CDN.

“It’s very early days for VR as a whole,” says Fade. “I think industry’s going to get a lot more traction this year due to the dropping prices of standalone headsets.”

So what’s the bottom line?

Ultimately, VR/AR technology provides us with a more economical way to share “how to” for undertaking physical tasks.

Wide adoption and maturing technology will drive prices down rapidly, and make it possible for independents to find new ways to help each other succeed.