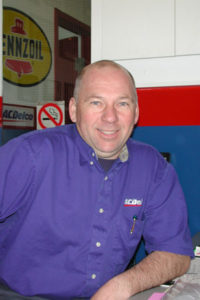 Bruce Eccles has been named vice president of the Automotive Aftermarket Retailers of Ontario (AARO).

He is the founder and semi-retired owner of Eccles Auto Service Inc. in Dundas, Ontario. The shop, which opened in 1984, remains family-owned with his son Scott.

Eccles has received a number of awards, including “Garage of the Year” from CARS magazine. He received the Queen’s Diamond Jubilee, awarded by AIA. He has been in numerous trade magazines and has been a supporter of the automotive aftermarket over his career.

“This gives Bruce the opportunity to continue to work with AARO’s board and members to ensure the automotive sector continues to keep up with today’s technology and government relations, which is why Bruce encourages shops to join AARO,” an announcement from AARA said.