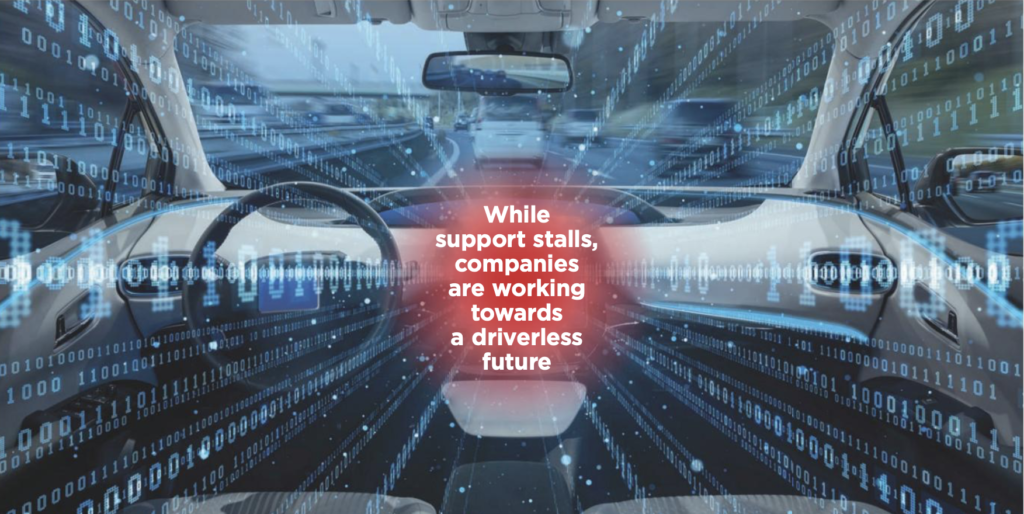 A number of high-profile crashes involving autonomous technology have pumped the brakes on excitement levels for such vehicles.

Support for autonomous vehicles has stalled around the world. According to the 2019 Deloitte Global Automotive Consumer Study, opinion is split right down the middle in the United States with 50 per cent believing autonomous vehicles are not safe. The same goes for Japan, with similar numbers in Korea (49 per cent), India (48 per cent) and Germany (47 per cent).

One year ago, the same survey showed that fewer people (47 per cent) in the U.S. had concerns. In 2017, 74 per cent felt AVs were not safe – so, despite a significant drop from 2017 to 2018, the number of people who were skeptical of AVs went up in 2019. Germany and India saw similar patterns. While concern did fall in Japan, Korea and China – where only 25 per cent feel AVs are not safe – the year over year drop was nowhere close to the huge drops seen previously.

In March 2018, an Arizona woman was killed after she was struck by a self-driving Uber vehicle – 65 per cent of Americans said media reports of incidents like that made them more cautious of the technology, second to Koreans where 68 per cent said the same.

Trust is also a question. In all almost major markets, faith in traditional automakers to bring fully autonomous technology to market was down. And only in Japan (68 per cent) do a majority trust them to follow through successfully. The U.S. (39 per cent), Korea (37 per cent) and Germany (33 per cent) followed.

“There are a lot of problems that they do have to get over,” said Toronto-based James Carter, principal consultant at Vision Mobility, of autonomous vehicles.

Issues around legislation and who is liable in the event of a collision are just two concerns. Figuring out the logistics of making autonomous technology work together is another. There’s a bigger picture that developers need to be looking at.

“One of our firm beliefs is that our focus is far too great on isolated technologies and not great enough on ecosystems,” said the 2019 Global Automotive Executive Survey, put out by KPMG. 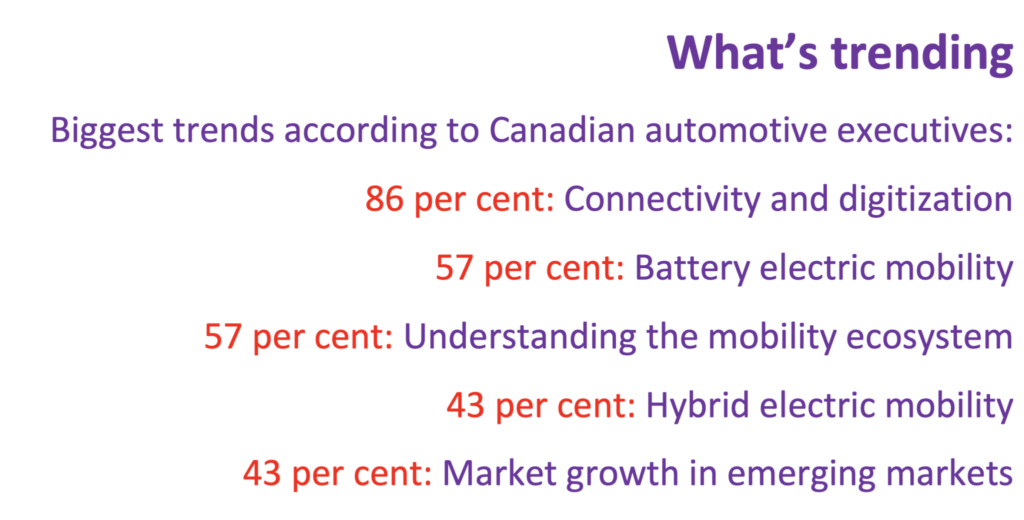 The implementation of an ecosystem able to handle autonomous technology may be the biggest delay of seeing self-driving vehicles on our roads. The challenge remains on how to integrate the needs of those in cities, suburban areas and rural communities with CASE (connected, autonomous, shared and electric) technology and the infrastructure needed (5G connectivity, electricity grid and traffic infrastructure) to make it work.

“What they’re trying to do is really a very complicated system,” Carter said. “So there’s a lot of research and development that’s needed to make it happen.”

But that doesn’t mean these issues are insurmountable either. In fact, when weighing the cost vs. benefit, the latter comes out way ahead in many of the experts’ minds. For society, there’s the ultimate goal of zero vehicle collisions thanks to self-driving cars. For corporations, there’s the reduced costs of having to pay a driver for deliveries, hence the push from Uber and Lyft to develop an autonomous ride-hailing fleet.

“It’s going to take a little while for things to come into play,” Carter said. “All of those things are really worth putting tons of money into development and moving forward. Things will take a while to fall into place, but it will certainly happen.”

Carter forecasted that by 2040, Level 4 or 5 autonomous driving technology will be in 55 per cent of all vehicles sold.

Strategies for having an autonomous driving society is being tackled from different directions. Google, for instance, is looking to achieve Level 5 automation first and then work its way down.

“This way, by entering the market, they will be able to dictate the right sensors, the right electronic architecture, the right redundancies, the right hard points required for the vehicle manufacturers in order to achieve each level of automation,” said Franck Leveque, business unit leader and partner with Frost & Sullivan.

Carmakers are generally taking an incremental approach where they are starting on the opposite end and building up towards Level 5.

“[They’re] improving driver assistance to achieve a higher level of automation,” Leveque said. “This process is the most cost-effective way currently to develop autonomous driving technology but one that has limitations in terms of scale.”

It also doesn’t help that different regions have different rules, opinions and approaches to autonomy. For example, Ontario’s Progressive Conservative government allowed for a wider range of autonomous vehicles testing in the province on public roadways as of Jan. 1. Ontario is the first jurisdiction in Canada to allow such testing.

That doesn’t mean Ontario will have legalized autonomous vehicles on its roads while, say, neighbouring Quebec does not. Differences are likely to be country to country rather than province to province. Yet, that raises another problem. With disparate technologies, rules and ecosystems in different regions – creating ‘islands of autonomy,’ as KPMG puts it – how do we come together to create a global standard?

“Connect the islands,” said Dieter Becker, Germany-based global automotive head for KPMG. “We must become aware that there is simply not only one single global answer and that the connection of islands will therefore be one of the main tasks of the automotive industry in the future.”

The car as a marketplace

Until such advanced technology is sorted out, there are a few advancements that are expected to take control in the near future. One of them being the ability to turn a vehicle into a marketplace for the driver and the vehicle’s passengers.

“The concept of this is to bring in retail capabilities for vehicle occupants that are available directly from the vehicle,” Leveque said.

Consumers can do things like buy fuel, pay for parking, order and pay for food, book hotels and navigate while behind the wheel.

“This marketplace provides extra features in the sense that it also limits options to reduce driver distraction,” Leveque said. “For instance, a Starbucks customer can order from the car while it is being driven but only with a few choices based on previous orders that will be displayed.”

Tied into the marketplace inside the car is the biggest trend automotive executive see going to 2030: connectivity and digitization.

Nearly 60 per cent of auto execs worldwide – including 86 per cent in Canada – told KPMG that they see the need for seamless, individualized, safe and on-demand technology in the future mobility ecosystem. In order for consumers to order coffee or book a hotel from their vehicles, connectivity and digitization are essential.

“The automotive industry is heading into a restructuring phase in which it becomes steadily more important to build on the core competencies and expertise developed over the last decades, while simultaneously defining the role in the new ecosystem that secures future revenue streams,” KPMG’s report said.