A new digital app could eliminate some of your apprenticeship paperwork. 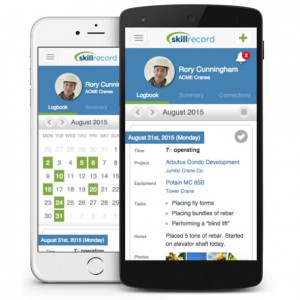 An earlier web-based logbook from SkillRecord has been in use since 2011. A new mobile app, however, extends the logbook’s use to phones and other devices.

The makers of a digital logbook for skilled trade apprentices say they’re working on a version specifically tailored to automotive repair apprentices.

The app, called SkillRecord, is widely used in the crane operator industry. A mobile version has just been released, allowing them to track their hours and skills on phones, tablets, and other devices.

Co-founder Gunnar Mardon says automotive service apprentices could be next on the company’s development list.

“The automotive trade is certainly one we’re interested in,” said Mardon. “We’ve been growing the business organically since 2011, one step at a time. We’re ready now to handle inquiries from other industries, and automotive repair and service is definitely one that would work well with this technology.”

He and his business partner, Robert Aitken, are planning to develop a basic template for recording automotive repair work hours, skills learned, supervisor comments, and sign-offs. Once the base logbooks are complete, individual businesses can fine-tune the app for their own specific needs.

“We’ll set the system up, but it will be easy for a company to customize what they want to track,” he said.

SkillRecord is designed to capture information including hours worked and equipment used. A checklist of common tasks is available for each type of equipment making it possible to capture detailed information with very little data entry. The app also allows photos to be added to logbook entries. 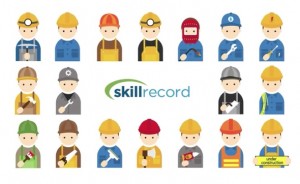 Mardon said his goal is to create a community of skilled professionals who track workplace activity and share information to promote continued improvement of best practices – even after they are fully qualified.

“The data can go with the worker, even if they move from one employer to another,” he said. “This is their data. This is their story on how they have learned the tasks they’ve learned. It becomes their resume.”

An earlier web-based logbook has been in use since 2011. The new app represents a natural progression, extending the logbook’s use to phones and other mobile devices.

Once recorded, the app summarizes information in a variety of useful ways, including by project, equipment type, and date range.

“These summaries make it easy to review a trainee’s progress or the experience of a potential new hire,” he said.

SkillRecord Systems Inc., is a Canadian company, based in Victoria, B.C.