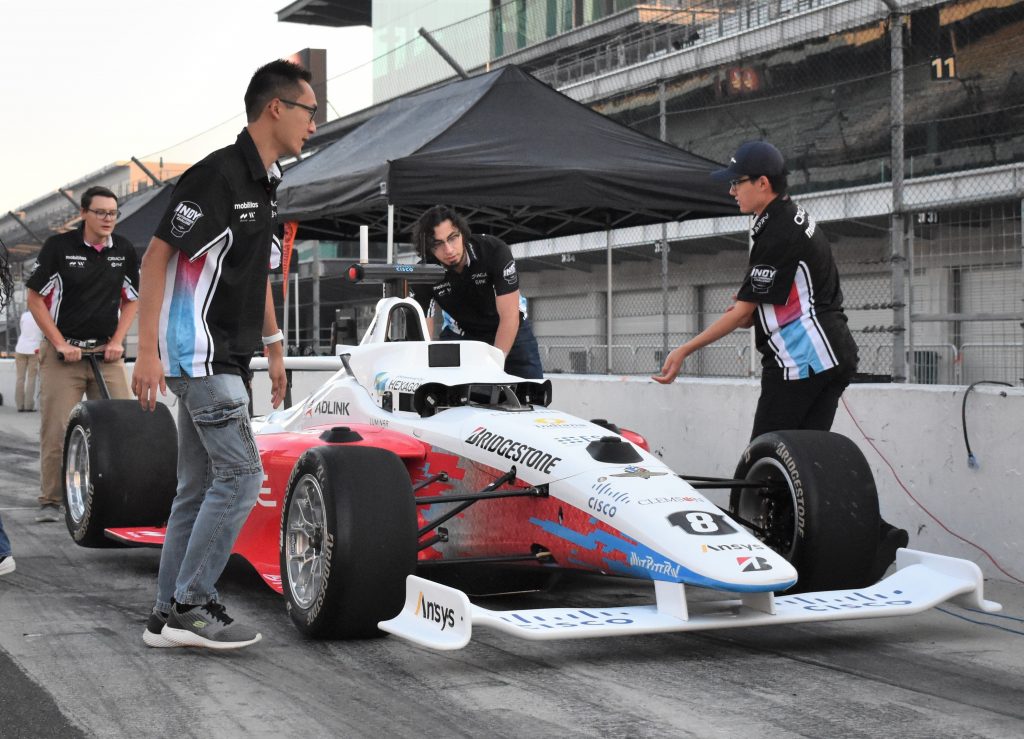 A pair of Canadian university students will be at the Indianapolis Motor Speedway this weekend as part of an autonomous race car challenge.

Brian Mao and Ben Zhang from the University of Waterloo are part of a four-university team that will compete with rivals from around the world for a US $1-million top prize at the Indy Autonomous Challenge on Saturday.

The autonomous, million-dollar race car they helped develop will drive itself around the Indy course at speeds of up to 120 miles per hour.

“This is something nobody else has done before — take autonomous vehicles up to those kinds of speeds,” Mao, a master’s student in applied mathematics, said in an announcement from the school. “There are a lot of unsolved problems that have to be tackled.”

Ten teams representing 21 universities — Waterloo being the only Canadian school taking part — will put modified Dallara AV-21 race cars through their paces at Indy. This will be the culmination of a competition that included several simulated races.

Students from nine countries have been working since 2019 to program driverless cars equipped with the latest sensory equipment so they are capable of negotiating the track on their own at high speeds.

“The only control we have is an emergency button,” said Zhang, a master’s student in electrical and computer engineering.

Mao, 23, is from Newmarket, Ontario, while Zhang, 24, is from Vancouver. They’ll be part of a six-person pit crew for their car for the final race.

Just one of four teams didn’t crash in the final simulated race in June.