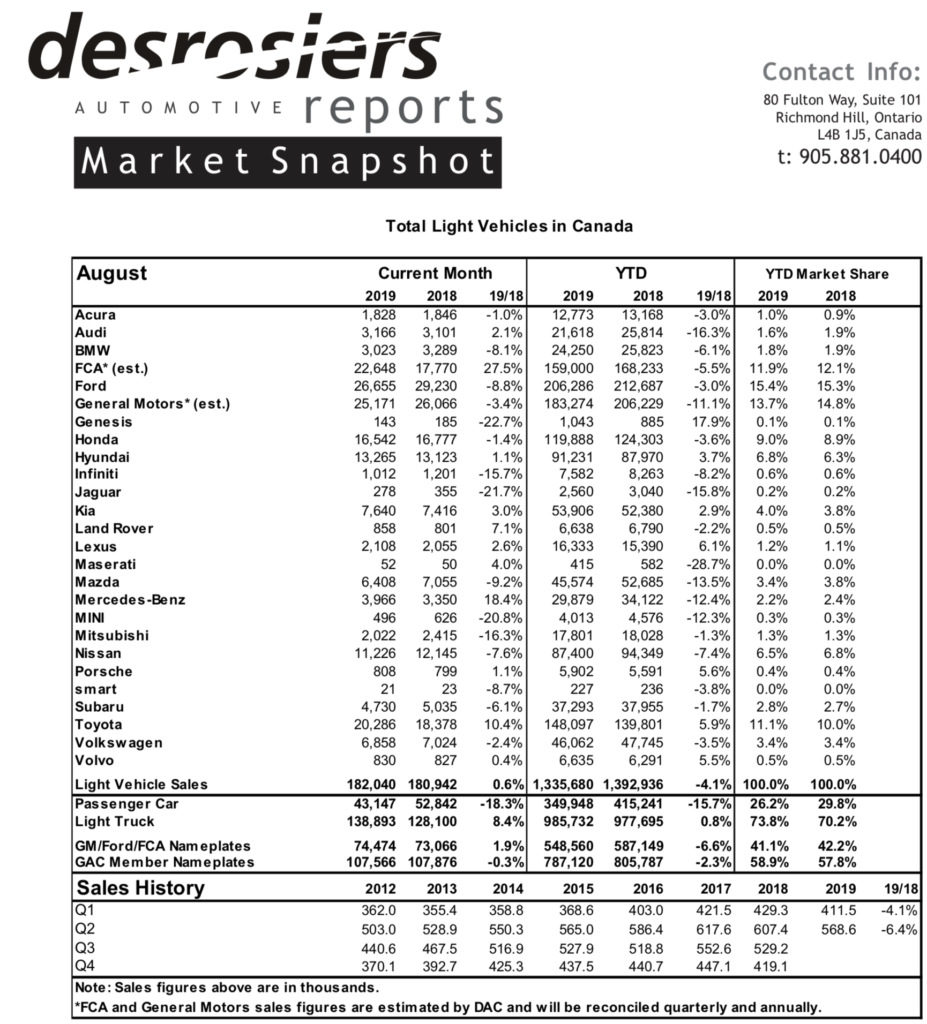 DesRosiers Automotive Consultants is reporting that, for the first time in 17 months, the Canadian market reported a year-over-year increase in new vehicle sales.

According to DesRosiers, a total of 182,040 new units were sold in August 2019, up just slightly from the 180,942 units sold in the same month in 2018. A strong performance from the light truck segment, up 8.4 percent, helped offset a continued downward trend in passenger car sales (down 18.3 percent).

FCA reported the largest sales growth, up 27.5 percent year-over-year which brought an additional 4,878 units to the market.

Mercedes-Benz had the second highest increase at 18.4 percent with an additional 616 units.

Toyota had the third largest increase at 10.4 percent, but was the second largest volume contributor with an additional 1,908 units.

Although the slight uptick in August sales provides some comfort, the overall market is still down 4.1% year-to-date with a total of 1,335,680 new units sold. With the high volume summer sales season behind us, it is looking more and more like Canada will see a second year in declining new vehicle sales.