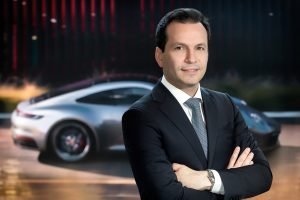 John Cappella has been named the next president and chief executive officer of Porsche Cars Canada. The move is effective September 1.

He will take over from Marc Ouayoun, who has been in the top seat since January 2018.

Capella has spent the last three years as area east vice president of Porsche Cars North America. He first joined the company in 2011 as director of network development with the Canadian subsidiary before becoming managing director of Porsche Centre North Toronto in 2016.