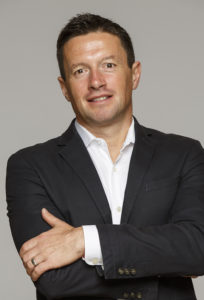 Chamberlain succeeds Brian D. Fulton, who after 25 successful years with Mercedes-Benz has decided to depart the company to pursue other opportunities.

“Adam’s leadership will reinforce our retail and product strategy in Canada and further strengthen collaboration with our dealer partners for sustained growth,” said Speeks. “I would like to thank Brian for his leadership and contributions to our success in the Canadian market, and wish him all the best for the future.”

Chamberlain has served as vice president, sales at Mercedes-Benz USA (MBUSA) since 2016. During that time he has worked to develop new and used vehicle sales as well as the distribution and logistics functions. Chamberlain’s post prior to joining MBUSA was sales director for Mercedes-Benz UK, with overall responsibility for new and pre-owned sales as well as fleet sales and distribution.